words by
interview by
Kingston Trinder
visuals by
Eric Kessels

Vernacular photographer Eric Kessels, contemplative within the ramshackle depths of a 19th century former nunnery in Amsterdam, has a clear idea of where his fascination with lost and reinterpreted photography first took hold.

“From a very young age, I was deeply influenced by the fact that I had lost my sister when she was nine”, he recalls. “My parents began to look frantically through our photography albums to find her last picture. What they did with that one image, cropping out other figures, enlarging her portrait, was, unconsciously, the very first time I came across the notion of re-appropriation of an image.”

Kessels’ career has centred about an enduring fascination with vernacular images—everyday, documentary photography, often created unconsciously by amateur image-makers, as well as the practice of superimposing narratives upon those recovered images. As with his childhood, Kessels continues** **to salvage photographs and construct new, multifaceted chronologies from the debris.

Restructuring memory, through image conservation, allows favoured narratives, even deification to occur. As Kessels observes, “There was a sense of worship of that last image of my sister, one that was actually taken by an anonymous photographer, at a holiday park. And it always surprised me that they thought that was the nicest image, or the very last image of her, one that wasn’t even a personal moment”.

Kessels’ ongoing series In Almost Every Picture, suffused throughout with amused idiosyncrasy, encompasses subjects as edifying as a rosette-bearing peccary (a kind-of cherubic piglet) being hand-suckled by patrons within a long-deceased Montréal restaurant, Au Latin Qui Boueffe, and the absorbing endeavours of an elaborately moustachioed Moroccan wedding cameraman, Larbi Laaraichi, languorously bearing a cumbersome Panasonic M900 film-camera in an assortment of unexpected circumstances.

Aesthetic considerations, and even subjects remain auxiliary to the narratives Kessels authors: “When you see a life’s chronology in amateur pictures, it’s always so profoundly moving,” he says.

“I’m not ever interested in a vintage photograph or an old photograph or a new one, merely for their beauty’s sake. I’m more interested in the stories that people tell through their photographs, sometimes without even knowing they’ve told a story, or a story that’s almost there. And then I recreate that story myself”.

One immediate observation is that vernacular photographs are venerated and preserved not for what they necessarily reproduce, but for those favoured chronologies or narratives they encompass. They are infused with a yearning for another era. Our modern existences—characterised by omniscience, unsustainable consumption, increased cultural homogeneity, and a superabundance of image, experience, and spectacle—are often dismissed as ephemeral, lacking of enduring substance owing largely to our digital transience, environmental carelessness, and internet-age pursuit of elaborate diversion. Immersed now in a perpetual state of evolution & supersession, these existences become anachronisms just as they occur, discarded before the leviathans of progression, development, and evolution. Past chronologies, with their apparent aura of greater authenticity and their ability to be reconstructed, become welcome refuges from the ravages of time.

“An average person today now sees more images before midday than people in the 18th century saw in their entire lives,” he says. “I believe that the present is more authentic at the moment, because of that excessiveness, that saturation, our total overexposure to images and experiences. Photography is documenting life, and now we can document any moment. Before, people were much more precise about how they documented their lives; they had to possess patience, to wait for that right moment, they had only 36 frames.”

“Nowadays,” he continues, “there is a total Renaissance both within imagery creation and everything else. I believe later this will be seen as a new kind of Renaissance.”

Rather than authoring new images, new narratives are created by altering perceptions of vernacular artefacts, allowing images to possess new chronologies, and evolved models of preservation. Natural symbiosis occurs between apparently counteractive chronologies, by synthesising processes of salvage, with those of metamorphosis**.**

“There are already so many pictures taken, why wouldn’t I use those, before I created new ones?” Kessels explains. “Because I’m not a photographer, I’m not so attached to a single image that I created and need to publicise. My craft is more to give an image a right context, to see how people engage within this new context. That’s the whole act of reappropriation; just by placing images within another context, another medium, you’re asking audiences to regard these differently”.

Through reconceptualisation, vernacular images are transformed from static entities suspended within immobile chronologies into dynamic catalysts, active agents authoring new continuums. Coalescence of past, and past image, with evolved present, allows for true innovation; “Almost everything has already been done with images, although new combinations of these have not,” Kessels says.

“When those two images that have nothing to do with each other are combined, then suddenly something new will occur. After all, there’s enough comfortableness in the world, and I like to disrupt that”

“The relationship the Chinese possess with history is immensely interesting; sometimes, what”s not 2000 years old is not even history yet” observes Thomas Sauvin, another vernacular photographer,** from a sunbathed, autumnal terrasse in Paris” 11th arrondissement, “That significantly **influences their perception of photography, which is a very recent medium. The expectations they have for photography are not those they have for other media.”

Sauvin has spent the past decade fastidiously salvaging and preserving undeveloped colour negatives from unauthorised silver-recovering centres throughout Beijing. Authoring an ever-expanding archive of vernacular images from China’s often-contradictory past, Beijing Silvermine encompasses everyday photographs captured between 1985 and the early 2000s. Sauvin notes an enduring preoccupation** within most exhibited Chinese photography, **with aesthetic, beauty, and landscape. “When you are in China,” he observes, “even after the very recent opening to the West, the element of beauty, the capturing of the right sunlight in a Tibetan landscape, was more what you would expect than someone posing alongside a refrigerator, in a suburb of Beijing”.

Countering orthodox state narratives, as well as those of successive censored generations and their recollections, Sauvin’s archive allows for the emergence of considerably more holistic, unceasing chronologies.

“What’s fascinating about this project is that, by a series of fateful circumstances, it has become a piece of unseen Chinese history, which was written by its own people,” he reflects.** **“Because everything is processed by official educational and historical departments, these images allow for the rewriting of history, and for a completely revised dialogue around Chinese cultural phenomena, which I found very revealing”.

Redacted chronology characterises many of China’s national narratives throughout the twentieth and twenty-first centuries, authored largely by the Communist Party and the collective memory of a censored citizenry. A highly complex, wholly propagandistic endeavour; by regarding** **historical narratives not as a continuum of objective occurrences, but rather as a continuum to be wilfully distorted, a colossal gulf emerges between individual identity and that which is dictated. Just as a censored citizenry may experience their own redacted individual accounts, so too may they revise them, authoring favoured past, present, and future national narratives.

“Collective memory in China passes through an education, before returning to individuals’ minds as memories that are almost wholly artificial or selective,” Sauvin says. “For an endless variety of reasons, Chinese from the Cultural Revolution share very little of their memories with their children. Once, I had a very long conversation with a Chinese photographer who possessed numerous pictures he’d captured of Tiananmen Square. Despite being well educated and having a perfect understanding of what occurred, and the disillusionment that came afterwards, he revealed his own twenty-four year old daughter knew nothing of those transformative events. I never told her, he explained, because she’s my daughter. I’m here to raise her within the best conditions possible. I believe creating an optimistic view of the nation where she becomes an adult, is part of my responsibilities. I’m not here to corrode her mind with old, negative experiences that occurred in my life. That’s not the foundation I wanted to create for her.”

Irrespective of which favoured narrative, or coalescence of narratives, emerges, the manipulation of a nation’s historical continuum and the reduction of past occurrences to pliable ephemera has grave repercussions for recalled past and willed present, adulterated memory and actuality, causality, ideology, even epistemology. By negating the veracity of collective sources of knowledge, memory and chronology, through wholesale manipulation, contemporary realities immediately lose much of their authenticity. A credulous present cannot be established upon an ever- metamorphosing past. Within such a paradigm, Sauvin’s vernacular images of unacknowledged China are transformed into significant historical records, not necessarily for what they portray but for what they represent.

“For the West, of course, these images are fascinating, but for the Chinese, they’re merely pictures of domestic circumstances,” Sauvin explains, noting that indifference with which his salvaged images were first met. “They’re happening so regularly, they wouldn’t have thought to record them. Chinese friends would say_, We all have these kinds of pictures_, when I shared some of the recovered images, they’re not history, they’re not ancestral. Whenever I make tours of the Beijing Silvermine exhibitions, I always overhear people saying, That’s absolutely not the way I pictured the Chinese. I imagined they were working all the time, over-productive; I didn’t actually know that they could love each other so dearly, that families could make such fun of themselves, that even though they have such a foreign culture, I could engage with them. If China could somehow make people experience a greater connection to their history, whilst the West continues to evolve the way they themselves perceive the country, not only would that be beneficial to both nations, but may also offer the opportunity to rewrite a chapter of history.”

Augmentations of our collective unconsciousness, intelligence, and evolution, cannot sustainably occur, without more holistic integration and conceptualisation of chronology. For our present and future narratives, are bound to, and determined by, agents, occurrences and endeavours found across the past. Imagining constructions of our pasts as willingly malleable only corrodes contemporary understandings of our present realities; the disruption of time’s passage, whether through modification or omission, ensures the very structures enacted to frame realities no longer possess sustainable foundations.

How may the present be authentically engaged with, or the future comprehended, when individual and collective pasts may be altered according to vacillating ideology, paradigm and aspiration? And what are the repercussions for epistemology, when founding infrastructures and agents are reconceived as invertebrate, or effortlessly reconstructed?

Often characterised by ephemerality, Internet agelessness, and ardent futurology, our modern existences prove amnesiac, discarded and forgotten as they occur. Condemned to cyclical repetitions of past trespasses, the inherent didacticism of past experience is negated. Yet chronologies need not remain in states of eternal stasis or conservation to counter this. As Kessels and Sauvin so memorably demonstrate through the illustrative microcosm of vernacular photography, a universal amalgam of past with present and future constructs evermore profound conceptualisations of time’s passage, and offers lasting, fascinating epistemological revelations, regardless of our contexts, methodologies, or continuums. 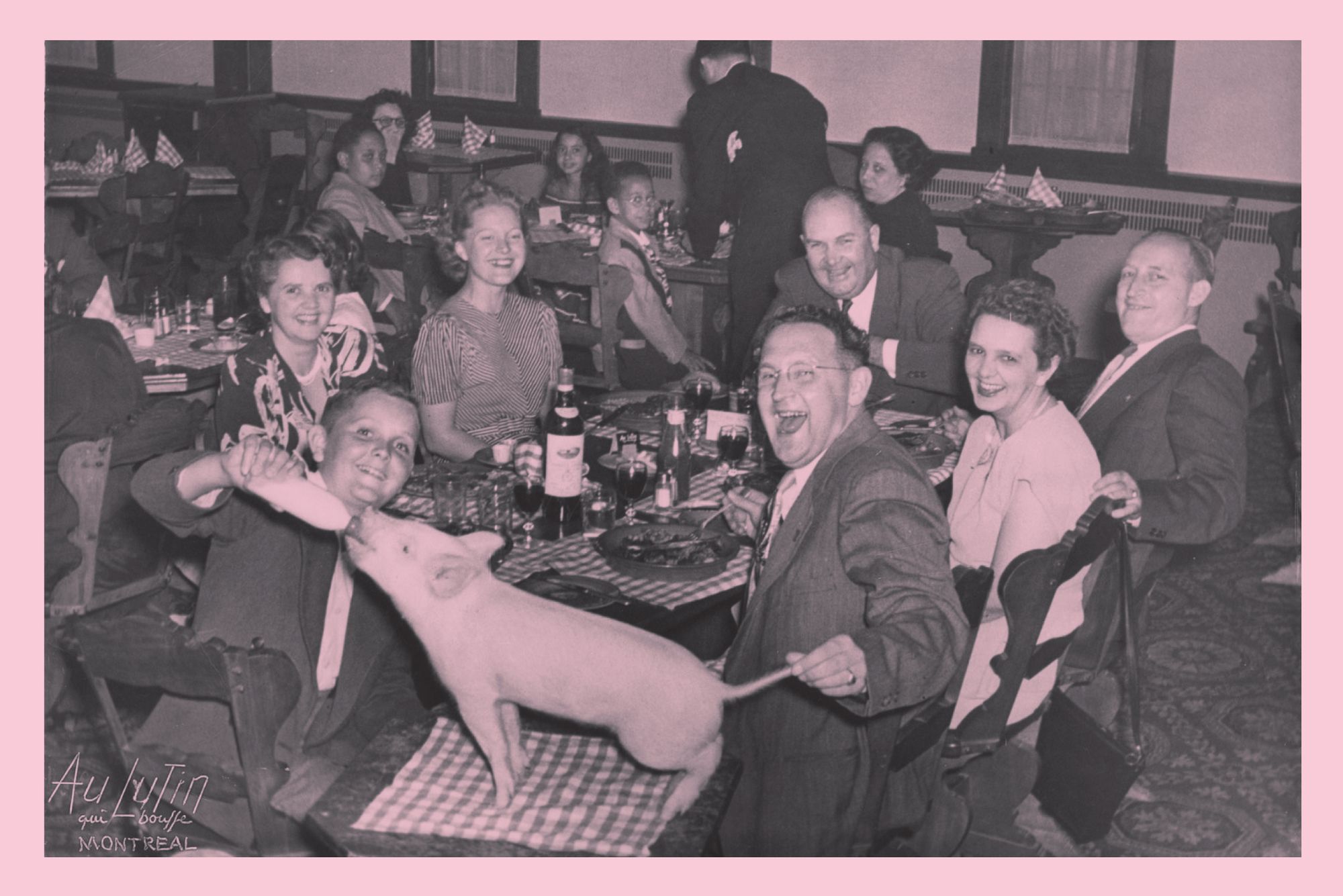 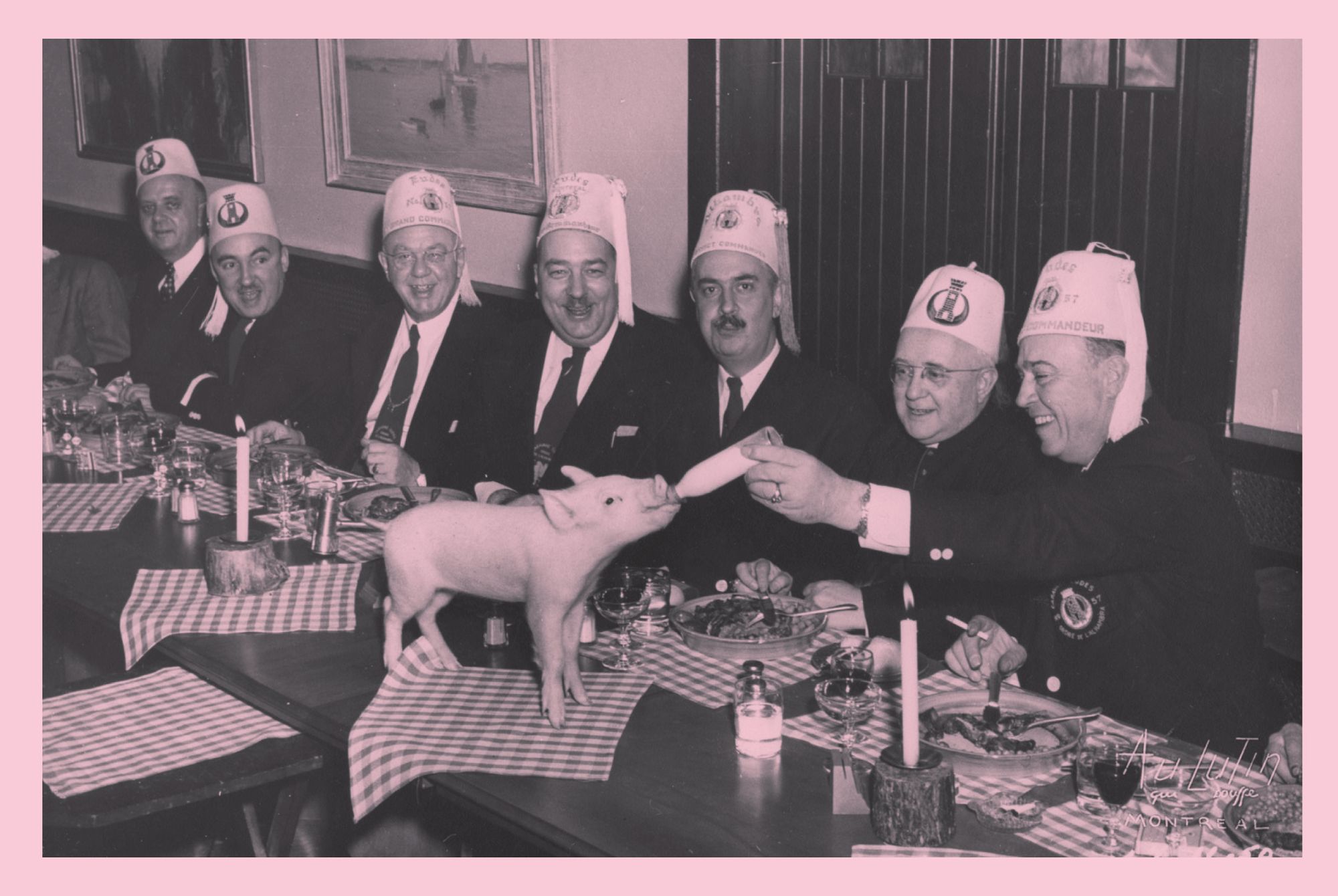 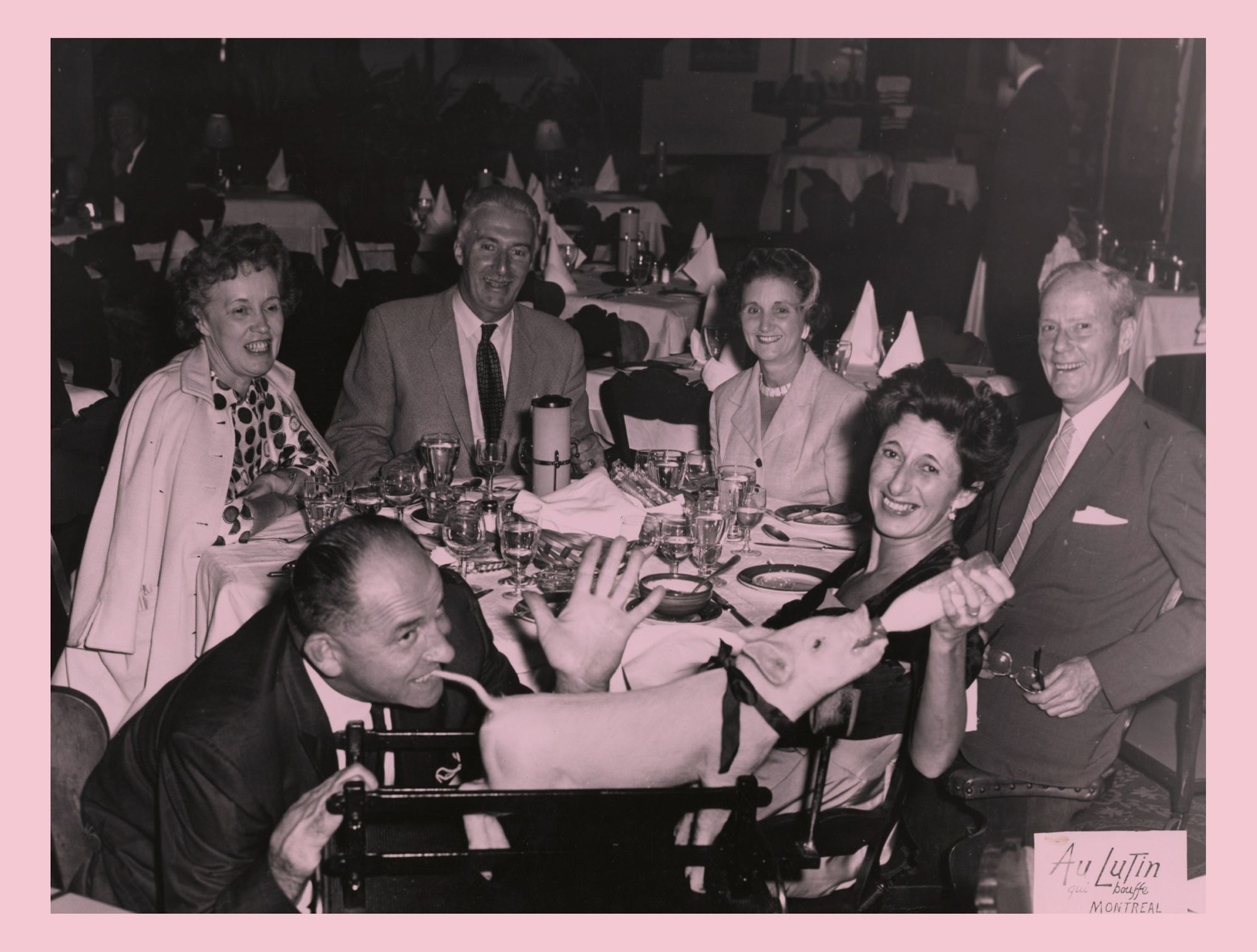 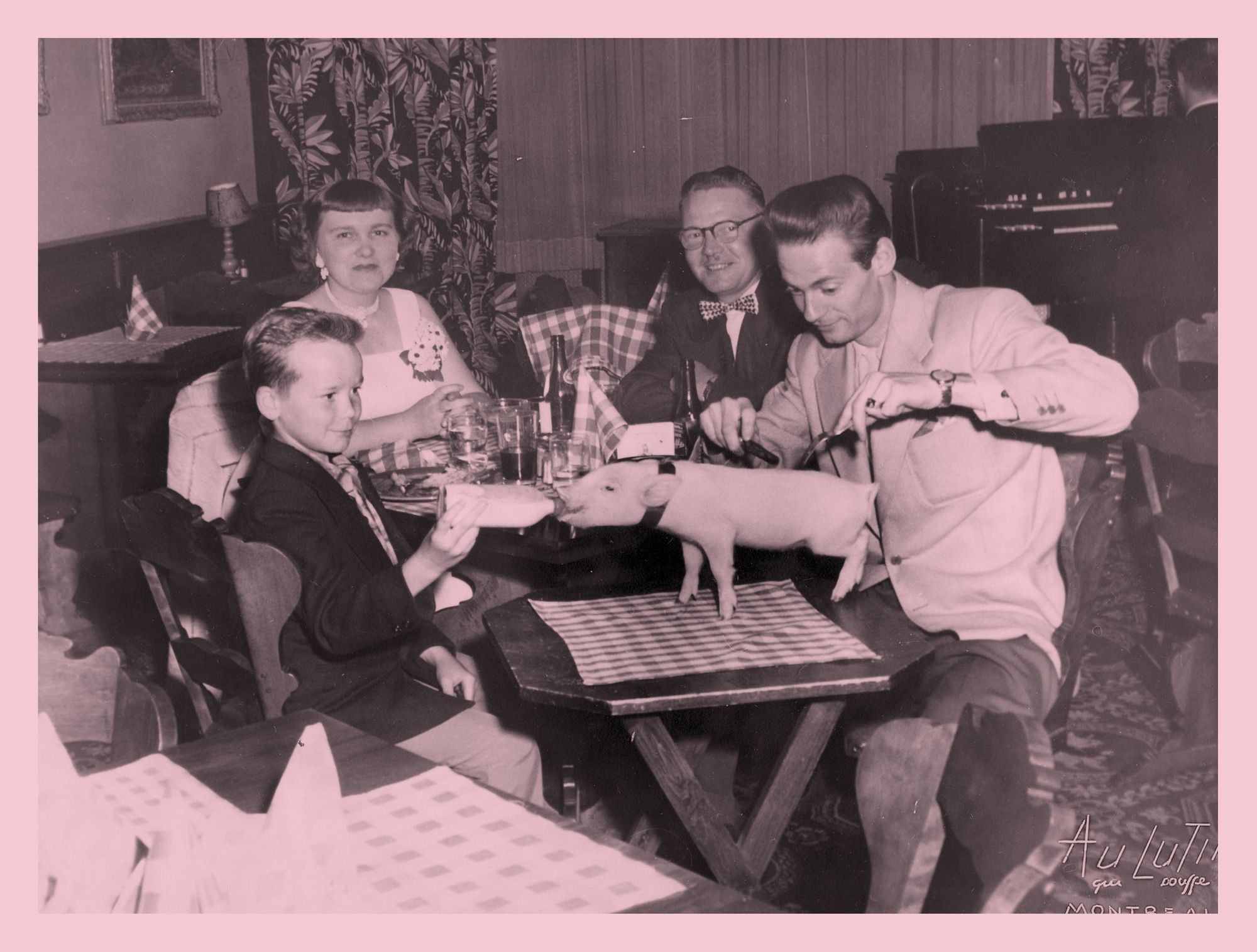 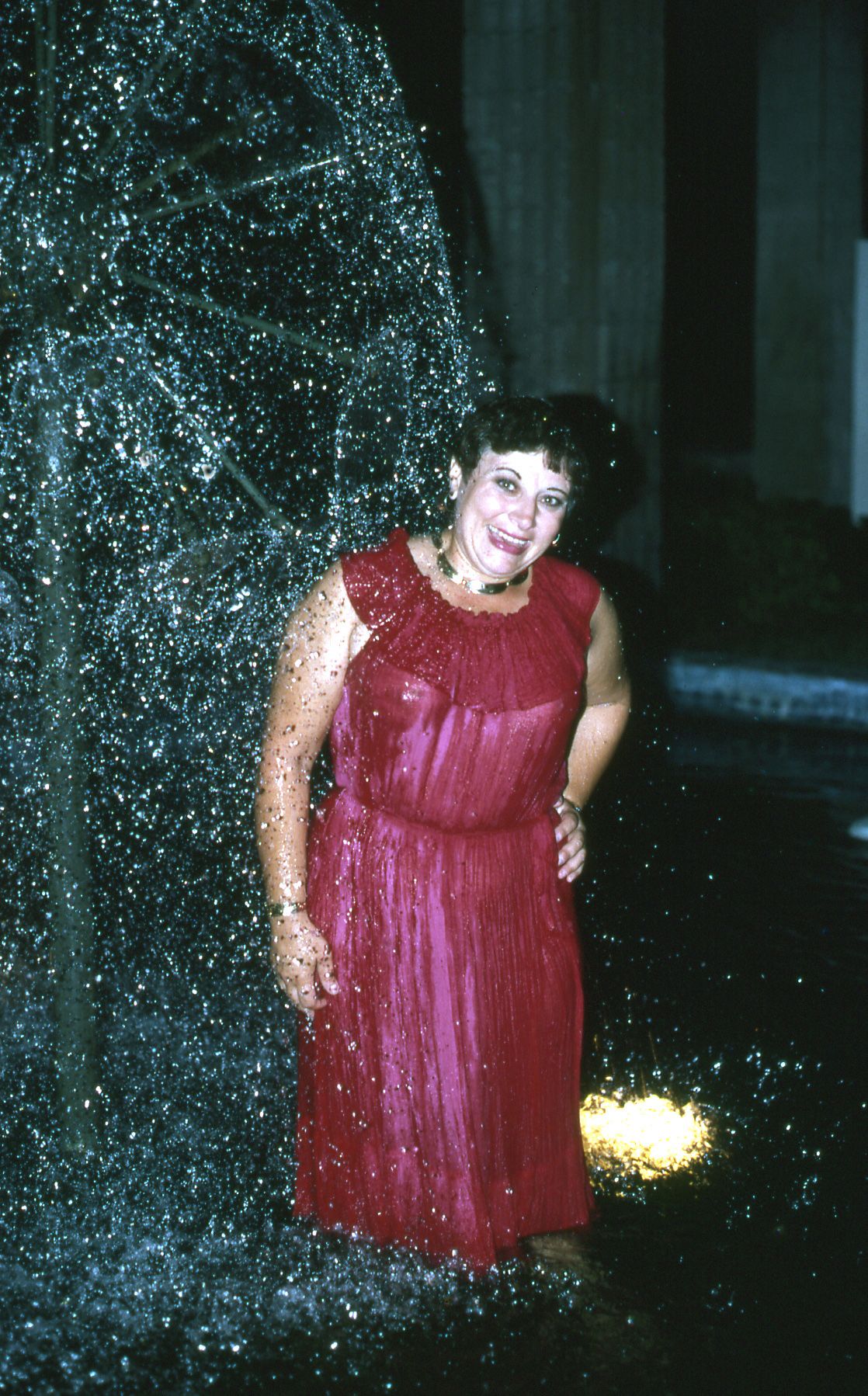 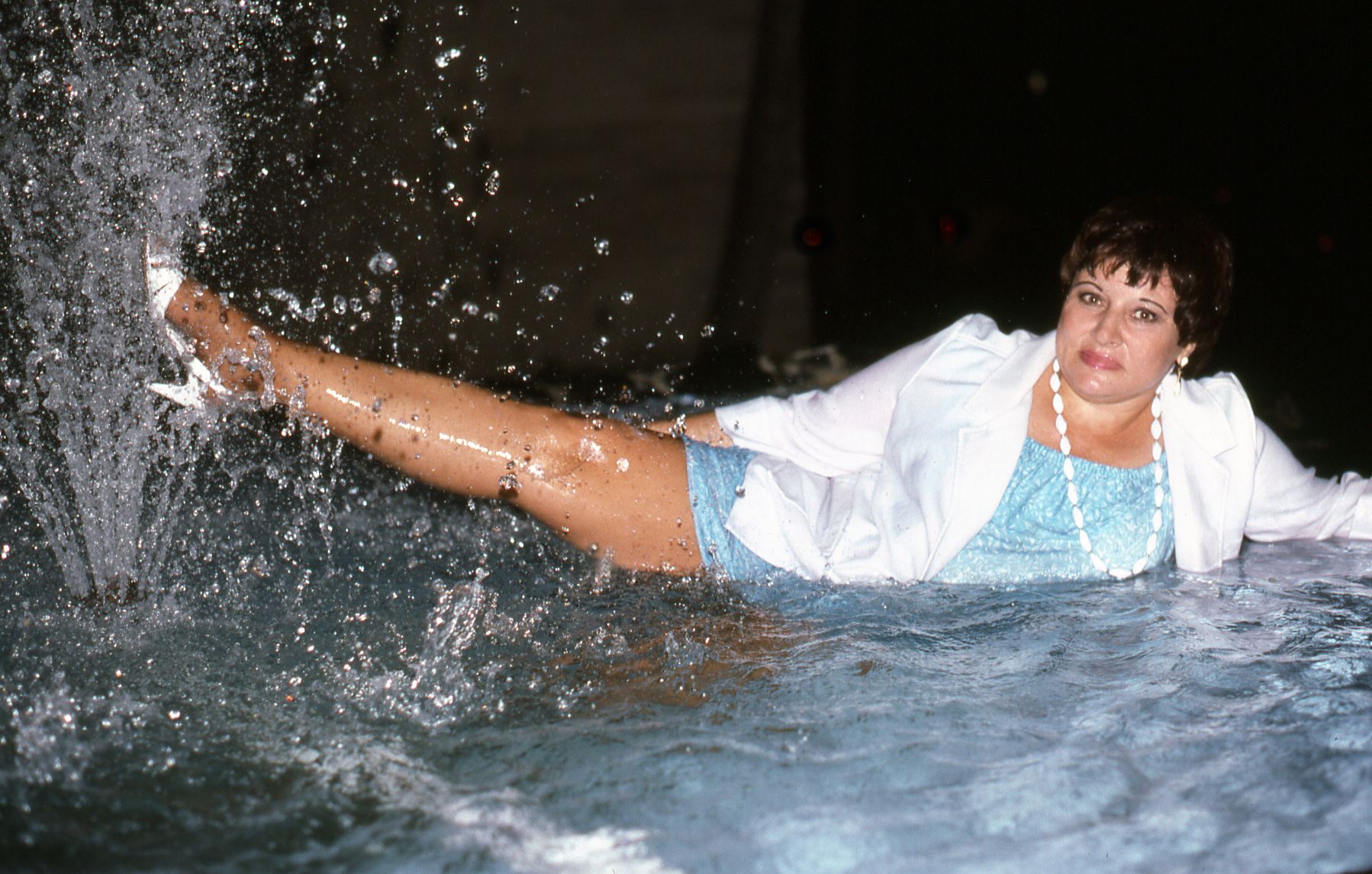 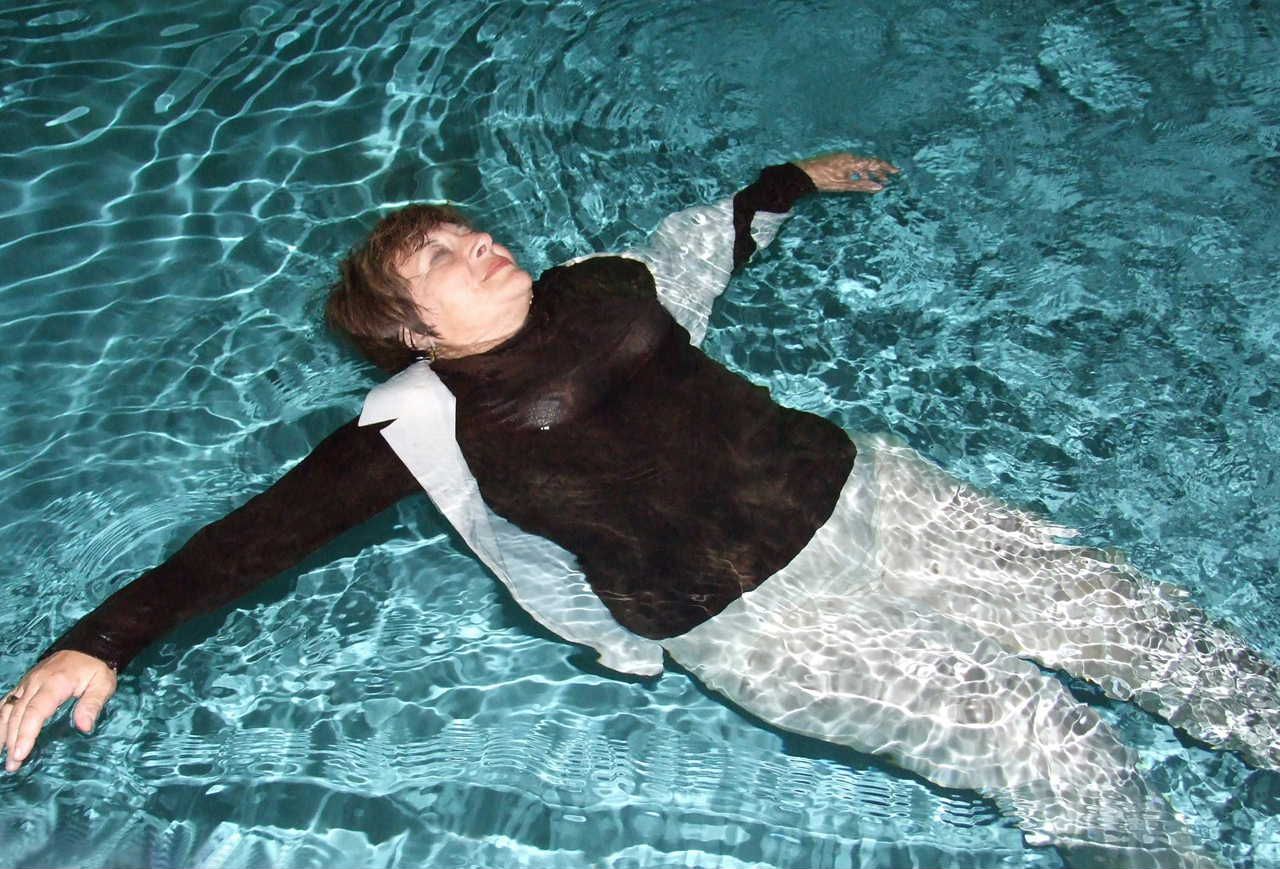 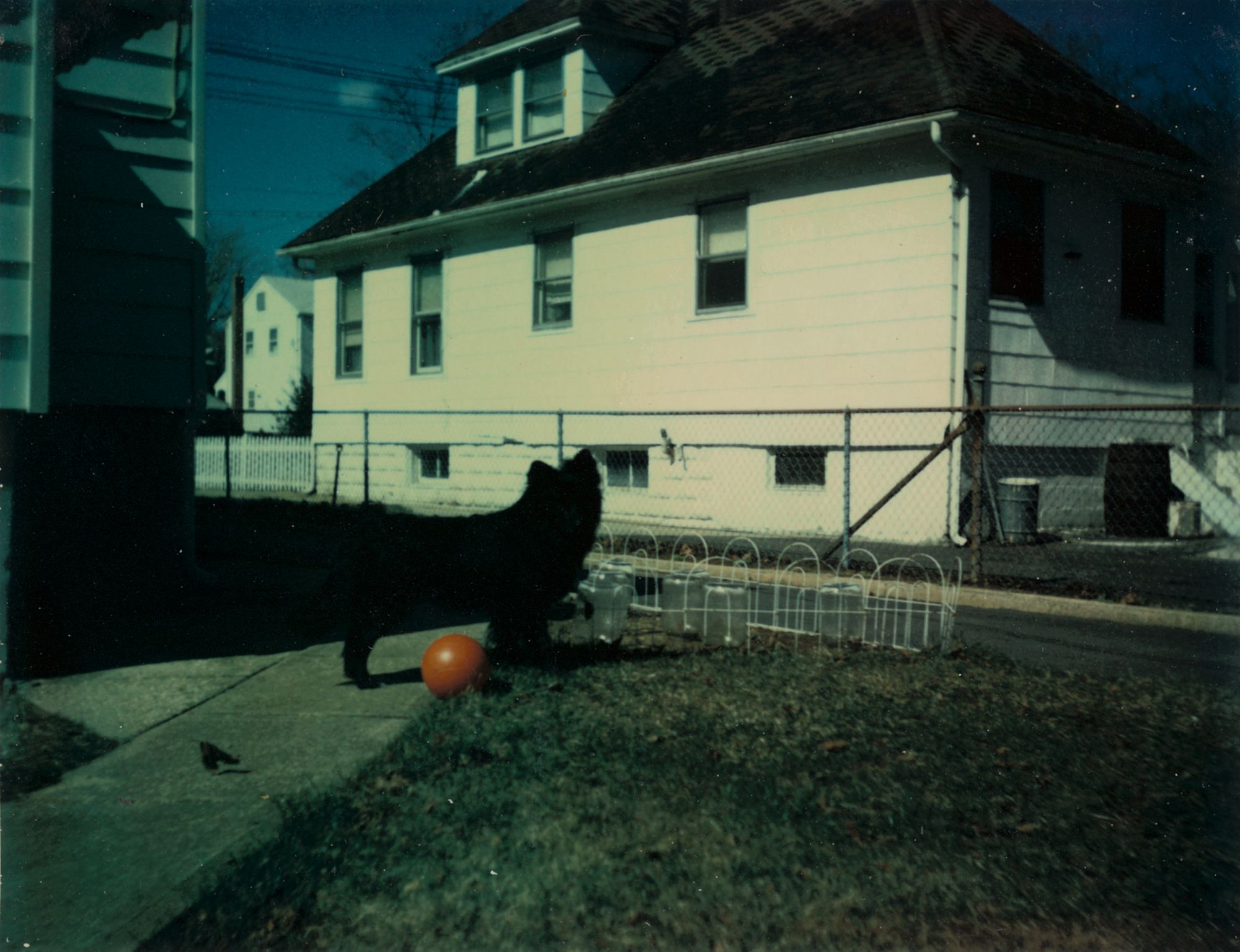 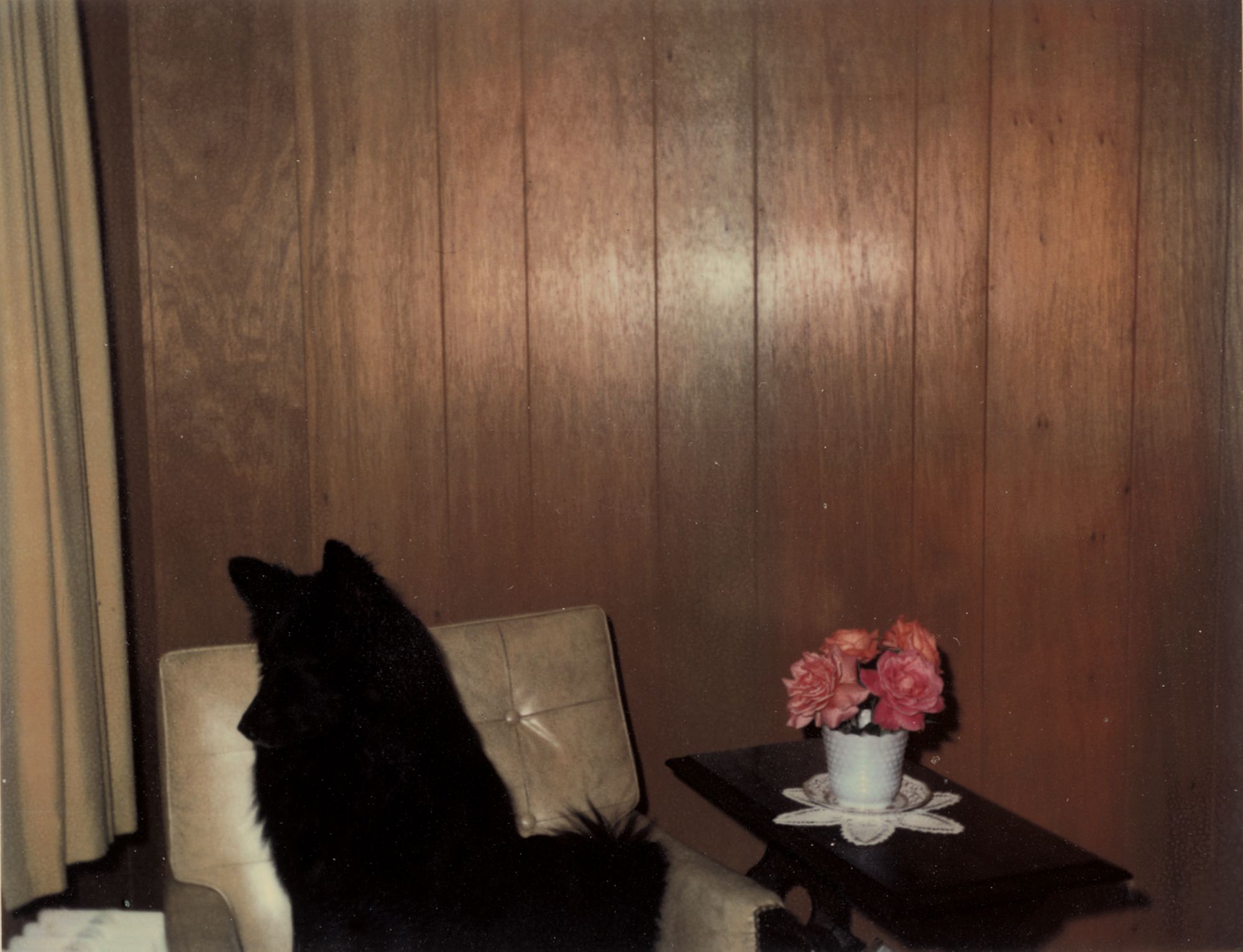 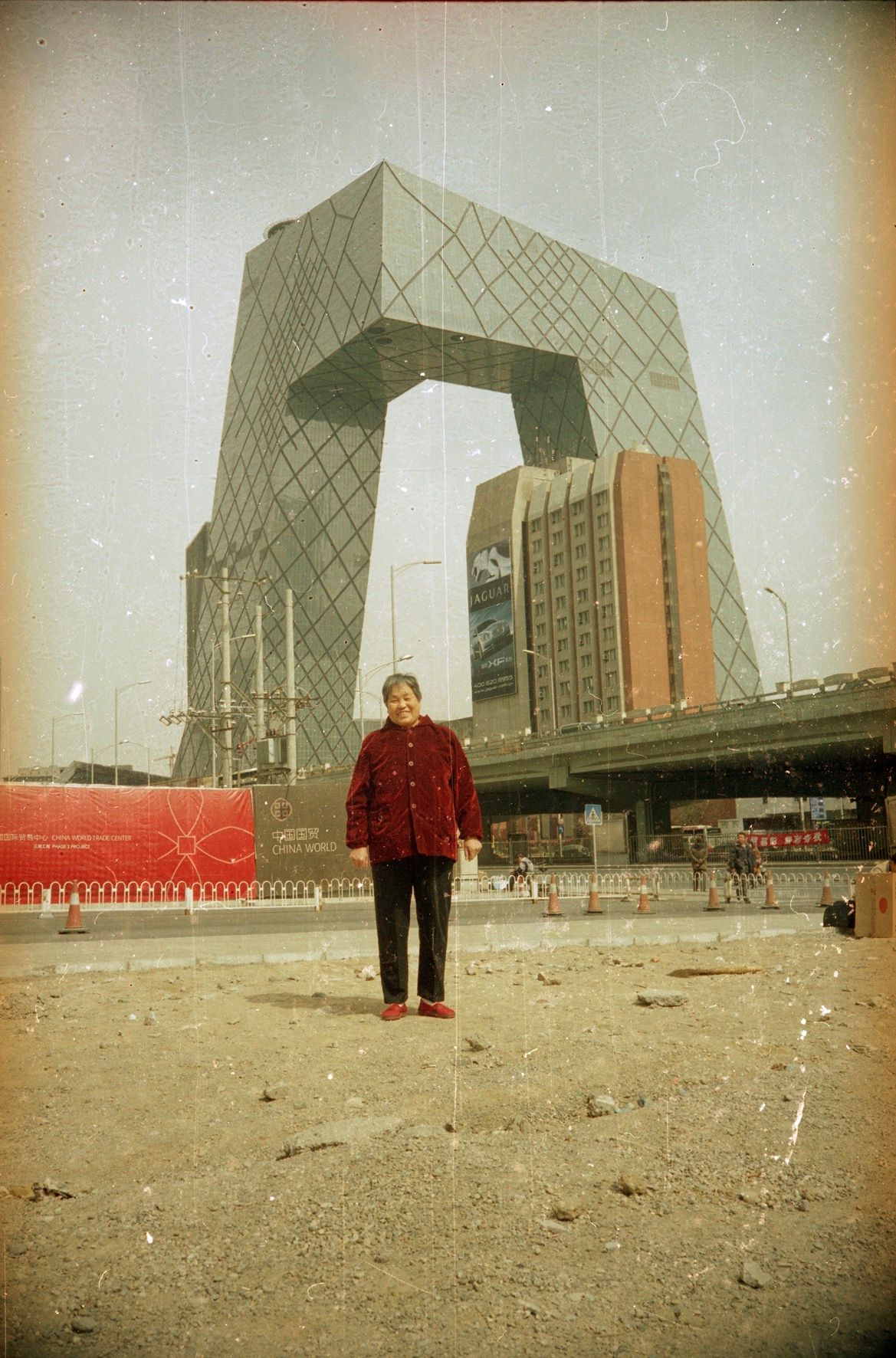 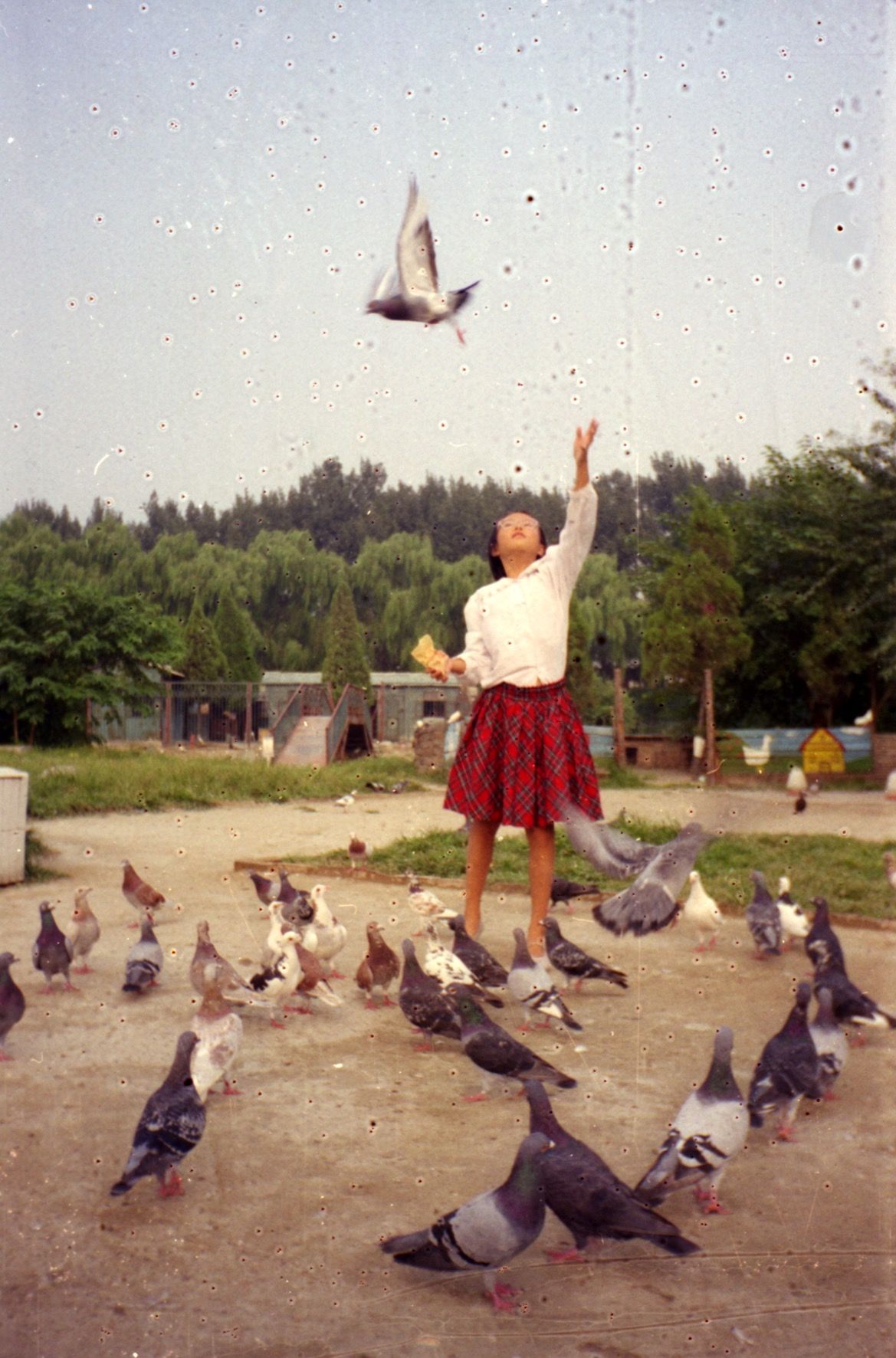 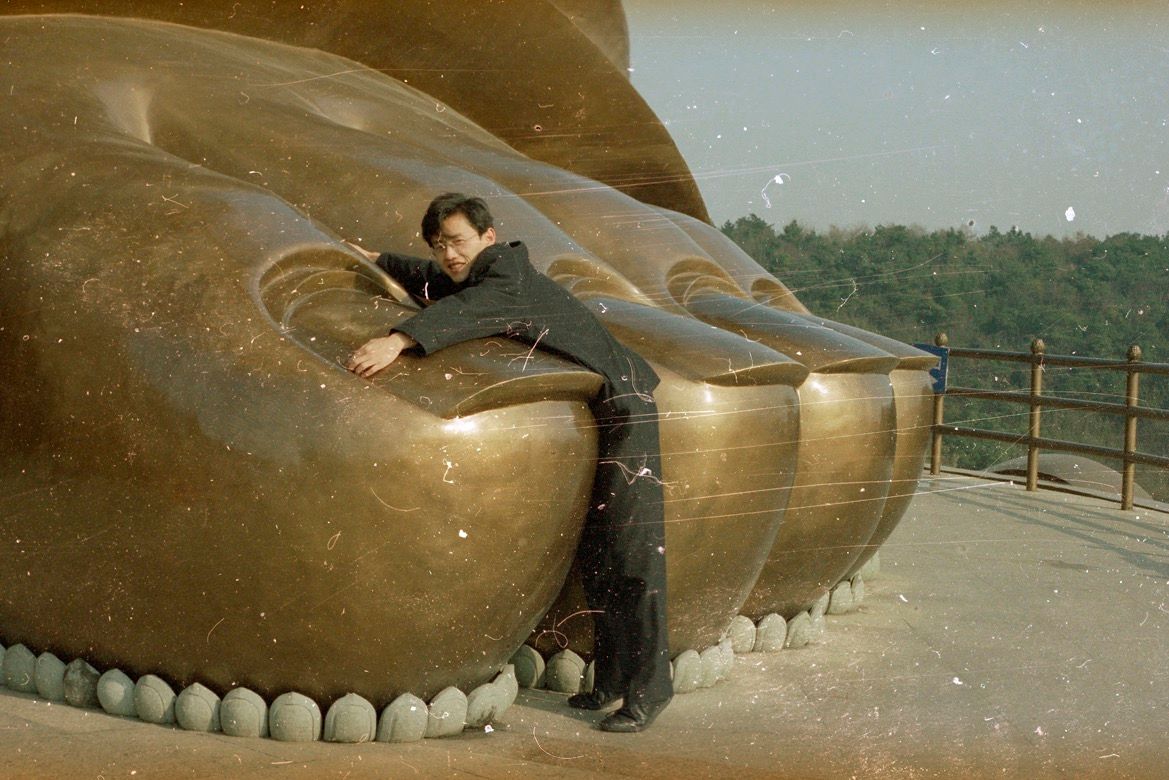 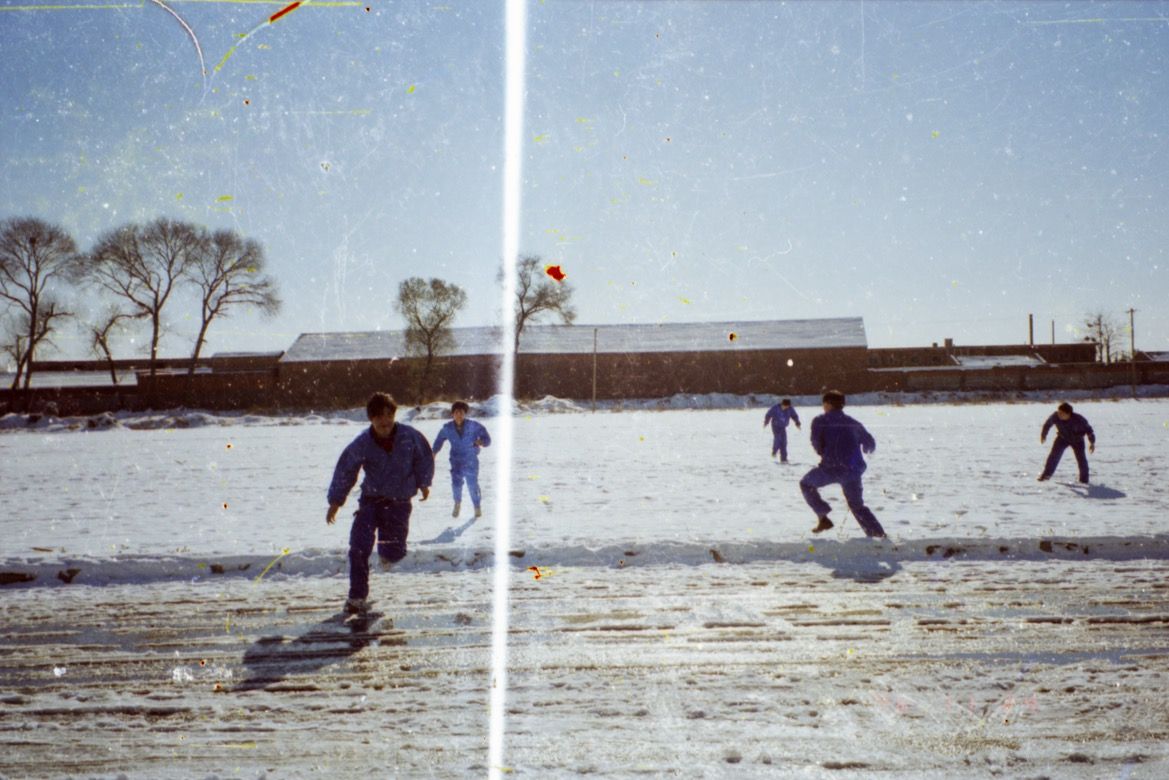 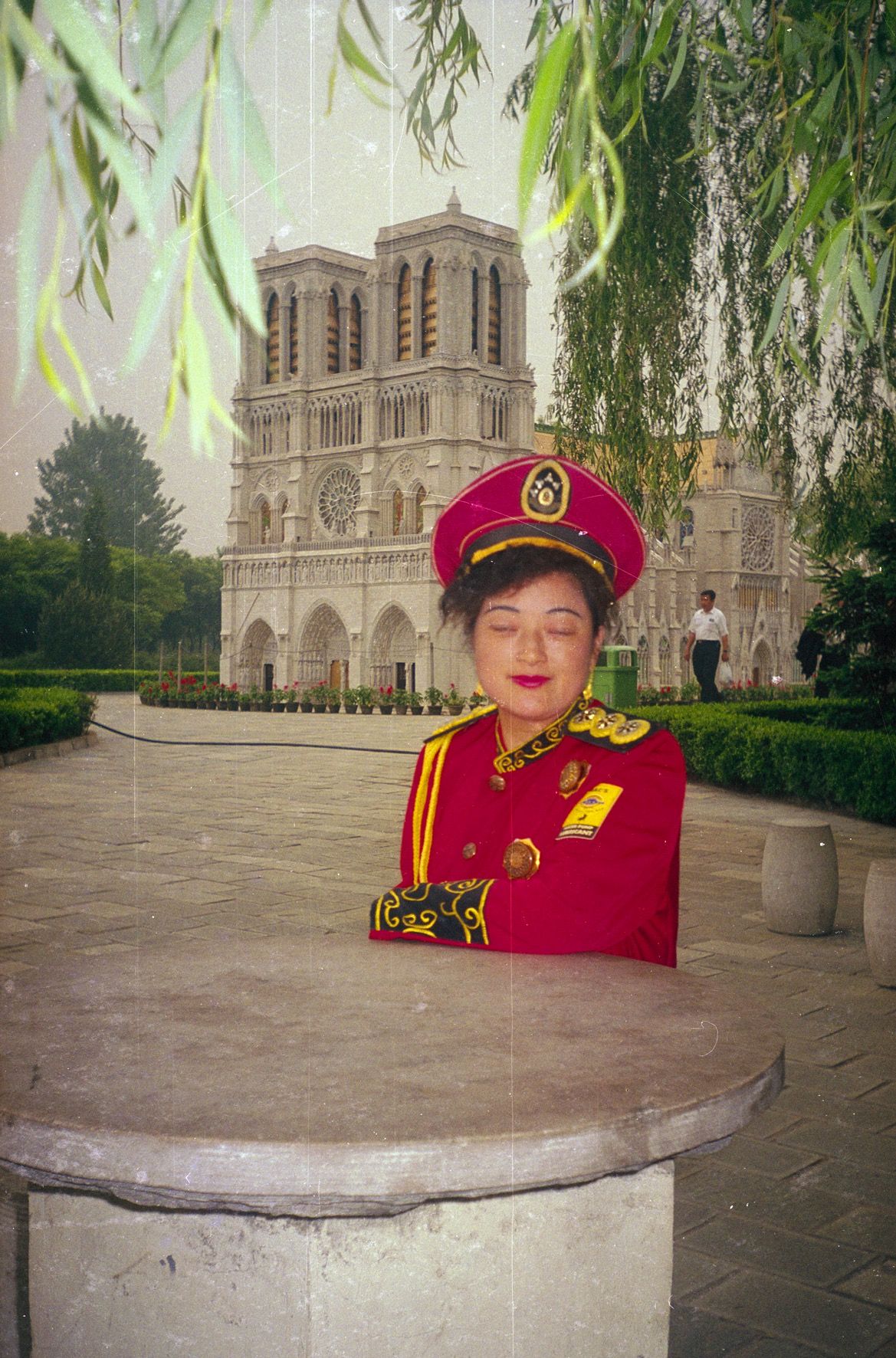 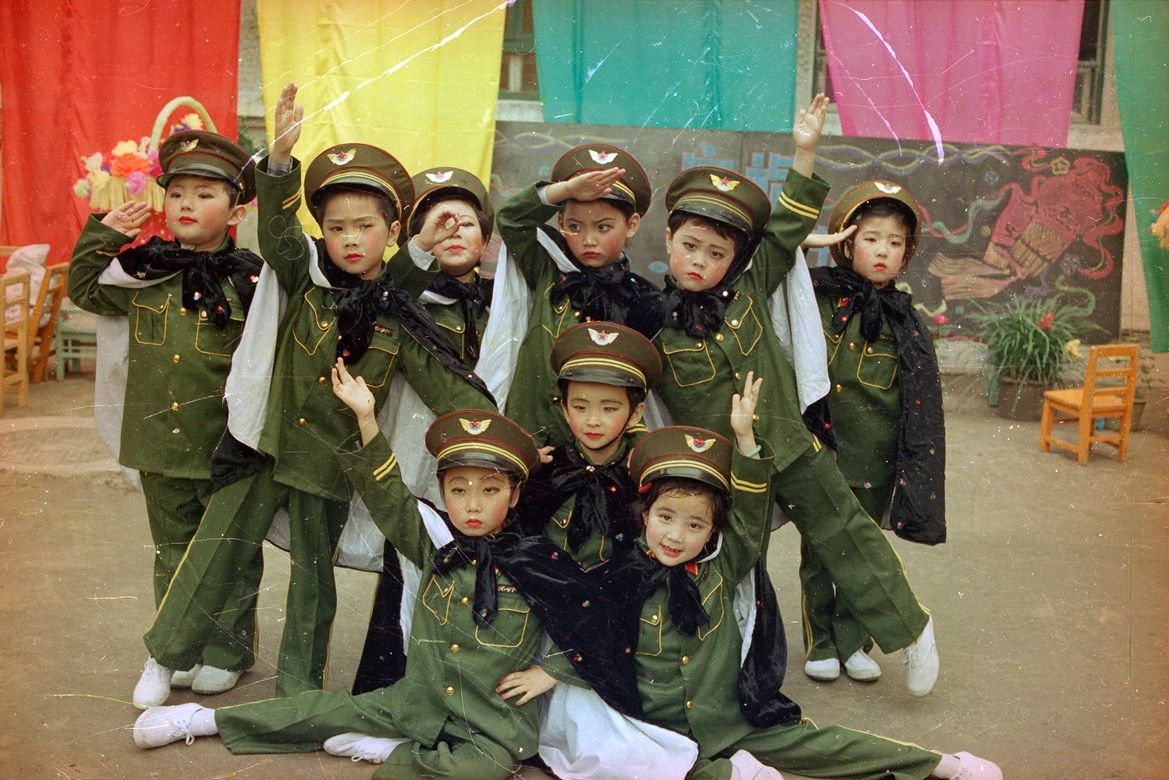 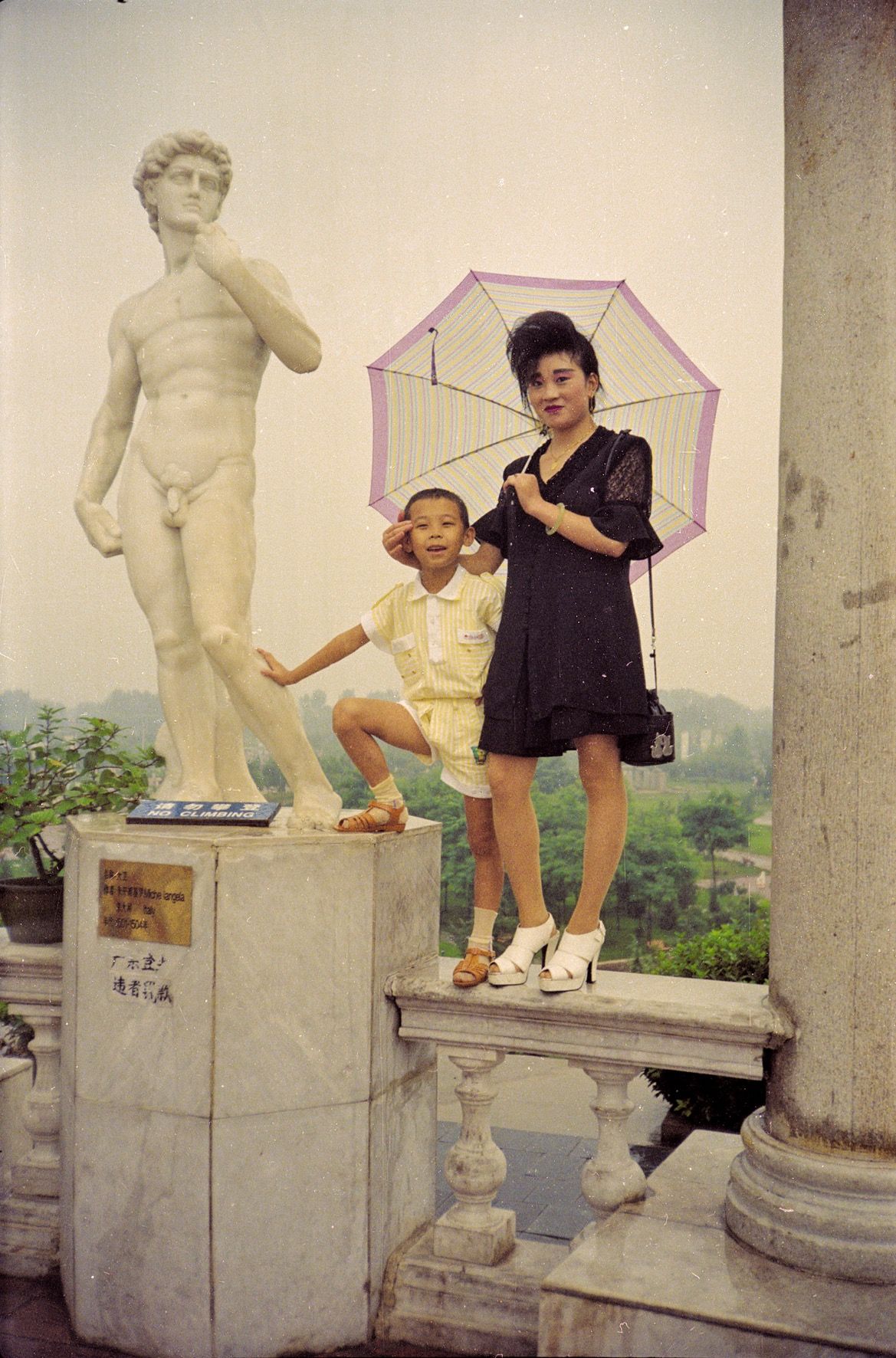 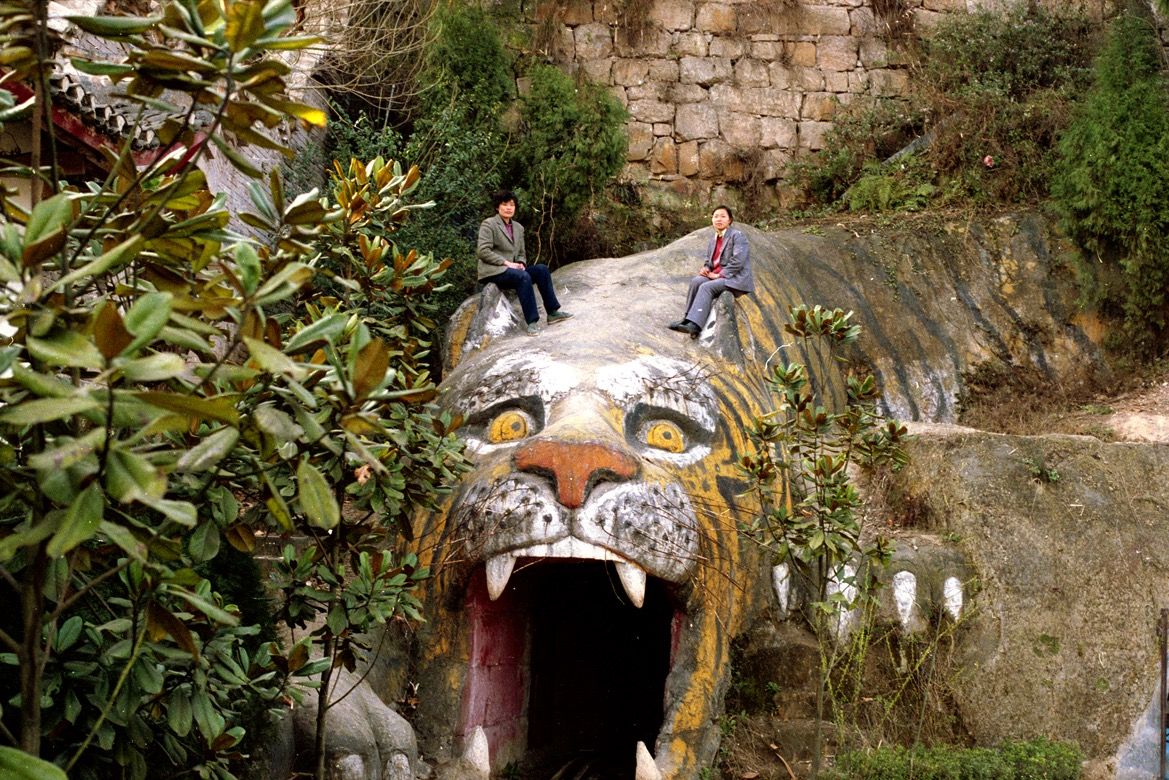 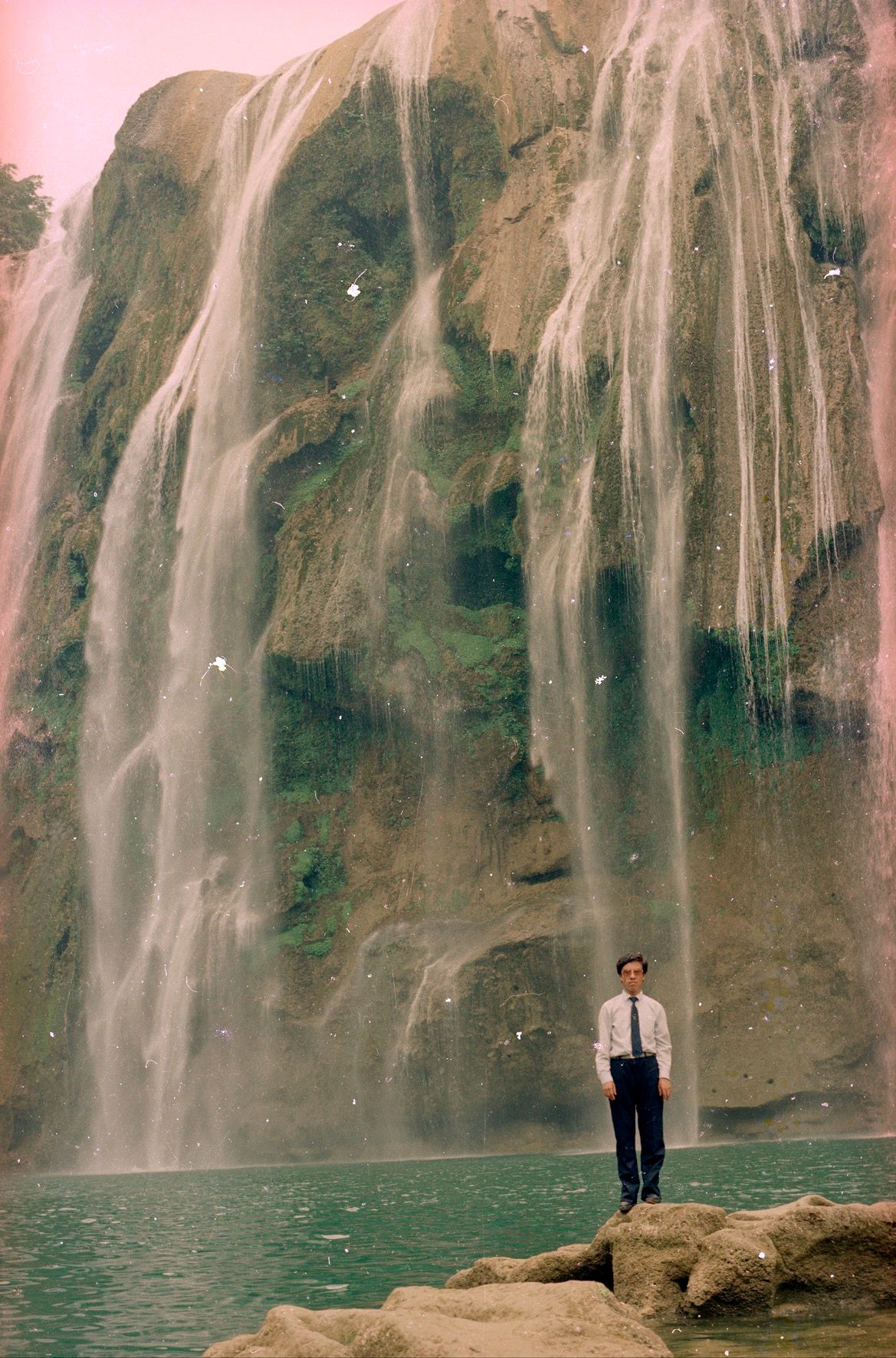 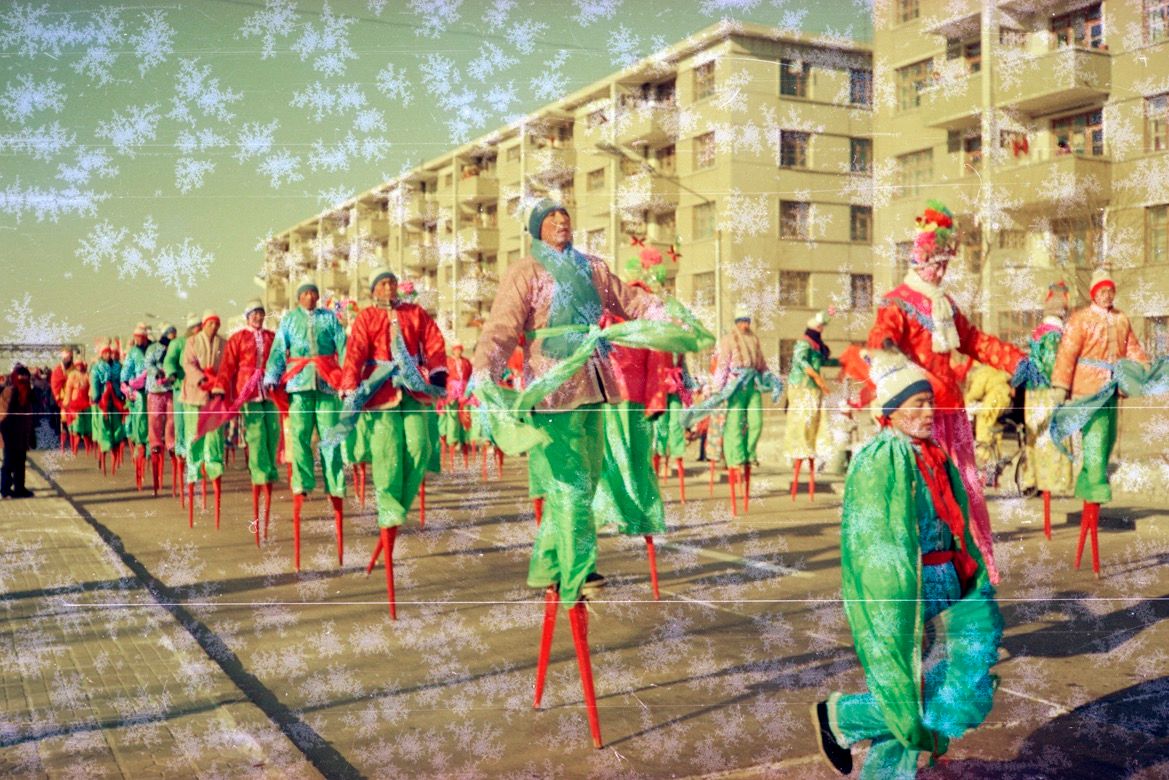 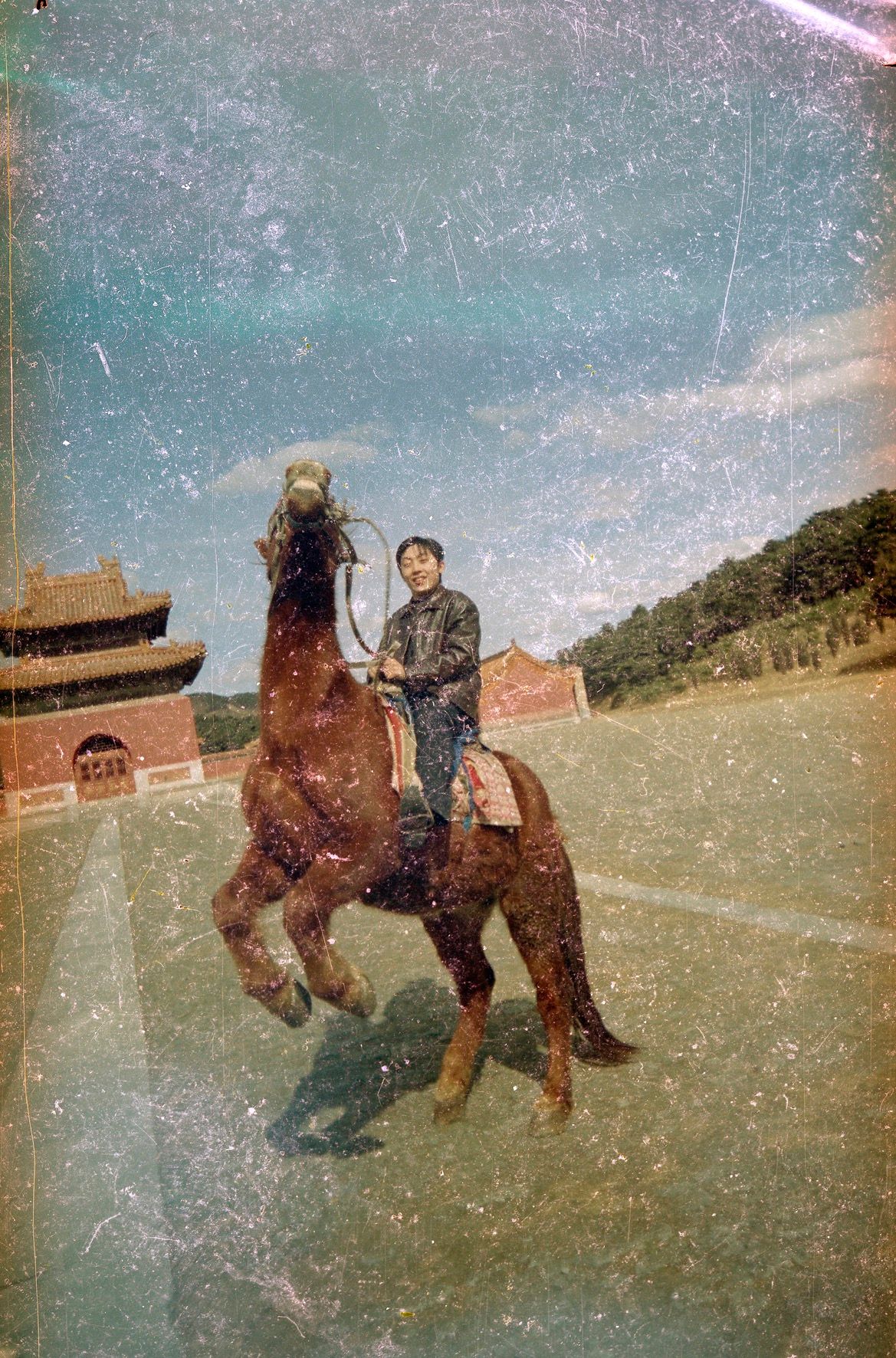 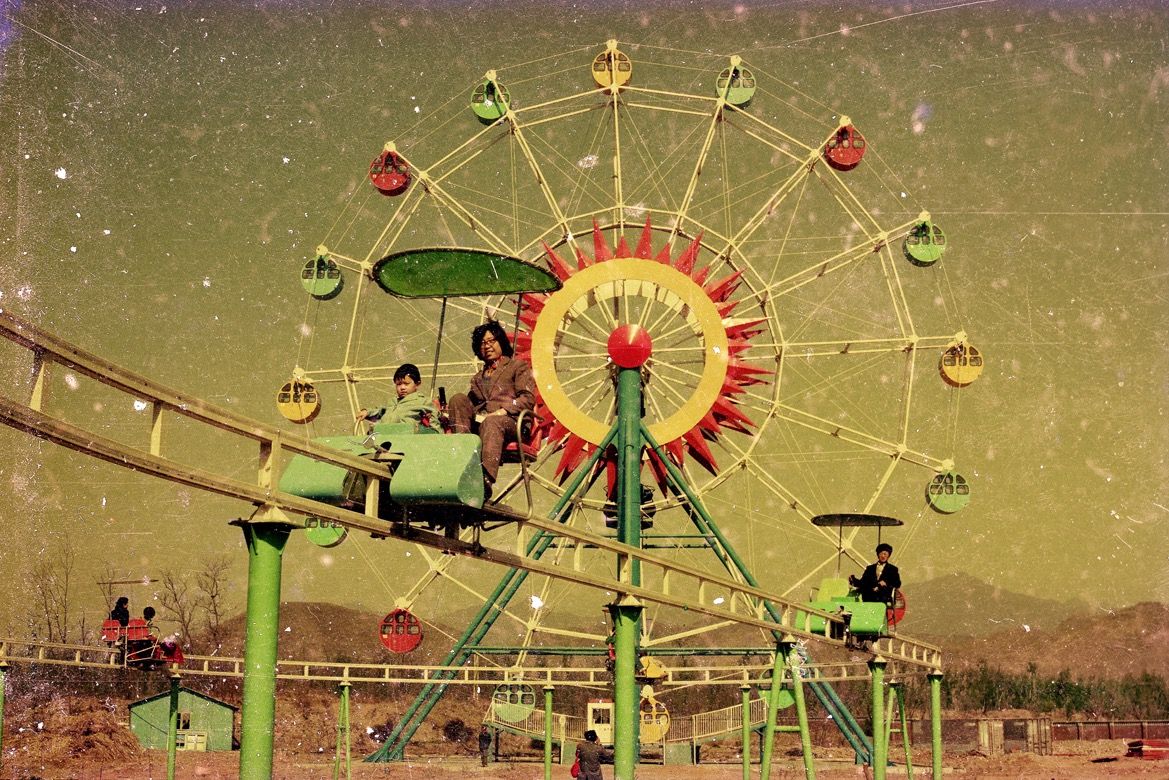