words by
interview by
The Editors
visuals by
James Lynch

Culture
October 1, 2012
0 min. read
If the new tools of technology are so great, why are so many of us trying to escape them?
Creativity
Mindfulness
Stillness
Solitude
Nature
JOMO
Benoit Paillé

The digital age may have provided us with tools able to quickly broadcast our ideas to a broader audience, but its ability to enchant, as well as to overwhelm, us also menaces our ability to create ideas worth spreading. For some, like the new bohemians captured by photographer Benoit Paillé, the only way to keep creativity alive is to reject the heady experience of our ‘modern’ world entirely. For others, it’s booking vacations in so-called “black hole” resorts where mobiles get checked at the door and the only hum to be heard is the leathery rubbing of cricket legs in the pitch-black night.

More and more resorts offering ‘authentic adventures’ are cropping up. Places like Fforest in Wales and King and Grove in Montauk, New York are a new kind of bohemian enclave, where visitors can feel what it’s like to truly live in nature, where food is prepared fresh with local ingredients and where the uncomplicated pleasures of a bygone era can once again be savoured. James Lynch, owner of Fforest, describes its appeal best:

...At four in the afternoon it’s black here. Night is [...] pervading and it has a presence that intimidates some people - if you’ve got worries. That thing where there’s just work in the city, and though there is a time that you sleep, with all the light pollution you don’t have the same sense of night that you have out here. It’s enveloping, the night, when it gets dark.

You don’t have to be a Buddhist to understand that the less time you spend in the present moment, the less you are able to find the space to think. Even Marshall McLuhan, years before the advent of the Internet, noted “When things come at you very fast, naturally you lose touch with yourself”. What James Lynch and others are offering is a space where people can get back in touch with the most basic elements of the self through the catalyst of nature.

At the other end of the spectrum, we have the ‘new bohemians’. A motley group of runaways, gutter punks, carnival workers and street performers who have renounced the world entirely in favour of dumpster diving, hopping trains, living in vans and hitchhiking across the country in loose ‘families’.

Many of the new bohemians fear that the digital world is robbing them of their creativity. Disconnecting from the world is the only way to keep their art evolving and to continue generating fresh ideas. This is certainly true for Cass McCombs, a nomadic troubadour for this rainbow generation. When he was recently profiled, his interviewer noted:

The records McCombs has put out so far reveal him to be a weird maverick, never following any particular style, deploying them all successfully, joined only by a music that achingly pierces the heart just as successfully as it does the head. In order that he keep his art evolving, the California nomad approaches every song a new way, which at root could possibly be attributed to his peripatetic lifestyle.

Like many other new bohemians, McCombs has spent most of his adult life moving from one city to the next, living in cars and at campsites, earning his bread as he can. And like his nomadic brothers and sisters, he understands that his creativity cannot be nourished in any other way. The monster that is modern society, with its all-encompassing consumerism and Internet onslaught, is too great a menace to their precious thoughts.

Despite the gaping chasm that exists between these two sets of behaviours, both groups seem to share one thing in common: the desire for stillness. And beyond that, a return to our innately creative selves.

For centuries, artists have been sneaking off into the forest or moving into a cave to live more fully and create. The most obvious example being Henry David Thoreau, who like a true nomad, turned his back on society and went into the woods to write. In fact, he noted in Walden, “We are for the most part more lonely when we go abroad among men than when we stay in our chambers.” Substitute “with your iPhone” for “among men” and you get the drift.

A little closer to our century, there’s Jonathan Franzen, the award-winning American novelist, who has been nowhere near reticent about his disdain for social media and avows to avoiding the Internet while writing. Franzen subjects himself to the media circus that an author of his calibre must submit to—Thoreau would have declined, of course—but the man knows when to hit the power button.

Is this isolation only sought out by ‘creative’ folk, you ask?

Yes, you are creative. We all are.

Our friend the New Oxford American Dictionary defines creativity as, “the use of the imagination or original ideas.” Therefore, creativity is not confined to the writers and painters of the world. Landscape architects creatively arrange pansies and rose bushes across a green space. Engineers creatively bring together materials to make a faster shoe. Accountants creatively find us a few extra dollars when we need them.

Even Steve Jobs, the creative mind behind a myriad of pretty, shiny things that beep and purr, understood that creativity is the act of “connecting things”. The dilemma is, the act of making connections is not easily done when your eyes are constantly being drawn to your Gmail notifier or watching cat videos on Youtube. Travel writer Pico Iyer underlined this truth in a brilliant gem he wrote for the New York Times,

All the data in the world cannot teach us how to sift through data; images don’t show us how to process images. The only way to do justice to our onscreen lives is by summoning exactly the emotional and moral clarity that can’t be found on any screen.

To understand how difficult it is to tap into this emotional and moral clarity when our senses are constantly being bombarded, let’s turn to Mihaly Csikszentmihalyi, a Hungarian-born U.S.-based psychologist, who is most celebrated for his studies into the nature of creativity.

In his hugely-popular TED talk, Csikszentmihalyi informed us that the human nervous system is incapable of handling more than 110 bits of information per second. This is what makes it difficult to listen to two people talking at the same time. That instance alone already exceeds that 110 bit limit. By this reckoning, the bits of information generated while browsing Facebook—which must be akin to listening to dozens of people talking at the same time—must be mind-blowing. Literally.

Add that to the incoming texts, emails, and your boss hanging in your doorway asking a question. Never mind trying to compose a symphony, how can one be expected to build a better running shoe or even focus on writing a grocery list with such hubbub?

It’s no wonder that an increasing number of us are wanting to find that stillness, but are being forced to take ‘extreme’ measures in order to find it. It seems that the digital age has detached us from the part of ourself that is creative and in need of purpose. For those that understand what’s at stake, making life choices that will sustain that self is a necessity and not a luxury. And as the digital age pushes forward, it will be interesting to see what new ways we find to cope with that balance.

When George Bernard Shaw’s staff said that “he had gone to London”, they were not lying. Except, ‘London’ was in fact the name of his writing hut, where he worked for the last 20 years of his life, on his property in St. Albans, Hertfordshire. Finding small, remote and intimate spaces to create is not entirely new. What’s new, however, is how pressing the urge has become, to a point where places like GBS’s, Mark Twain’s or Dylan Thomas’s writing sheds have literally become places of worship , and spaces like Fforest and other similar ‘refuges of quiet’ are in red hot demand — AR 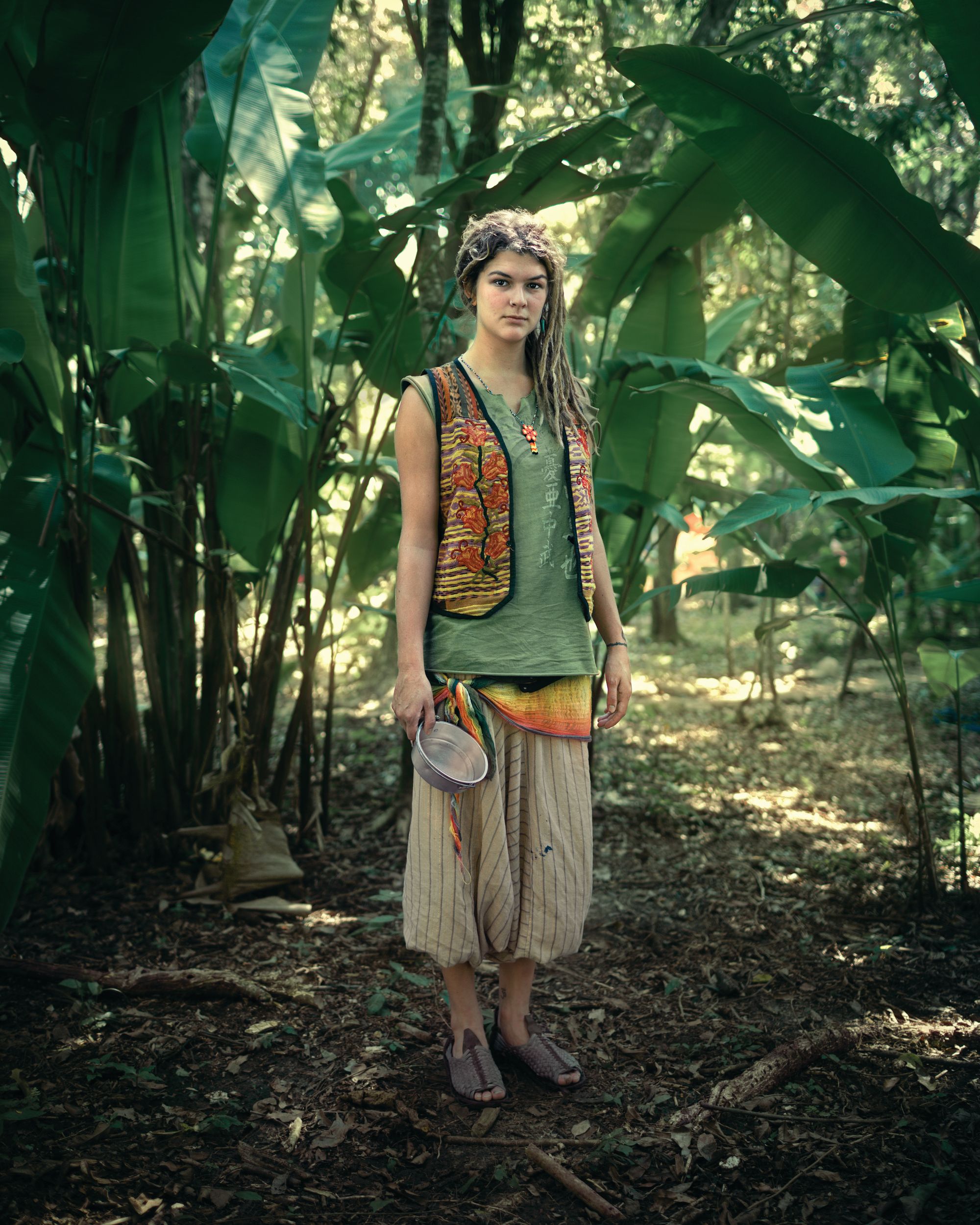 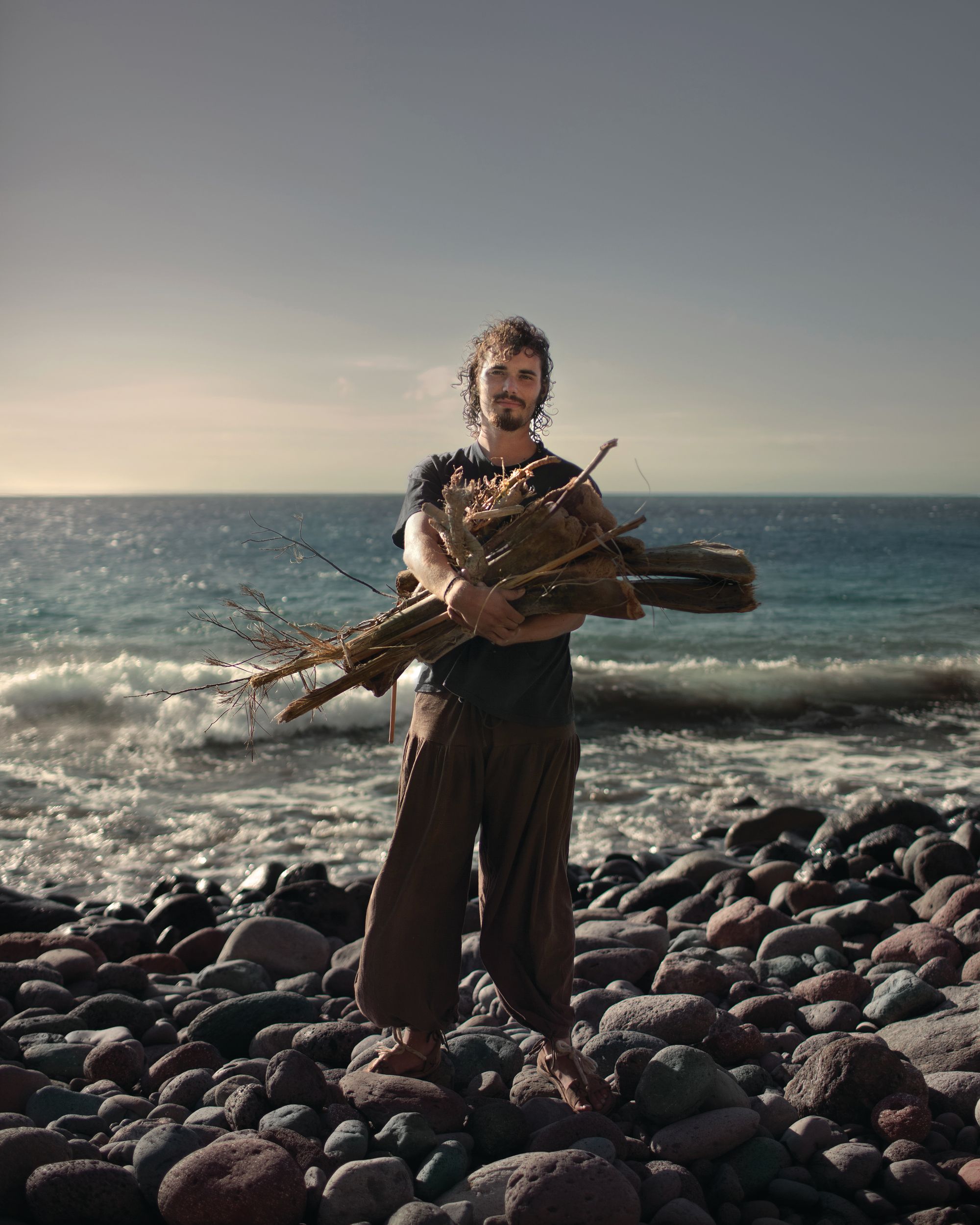 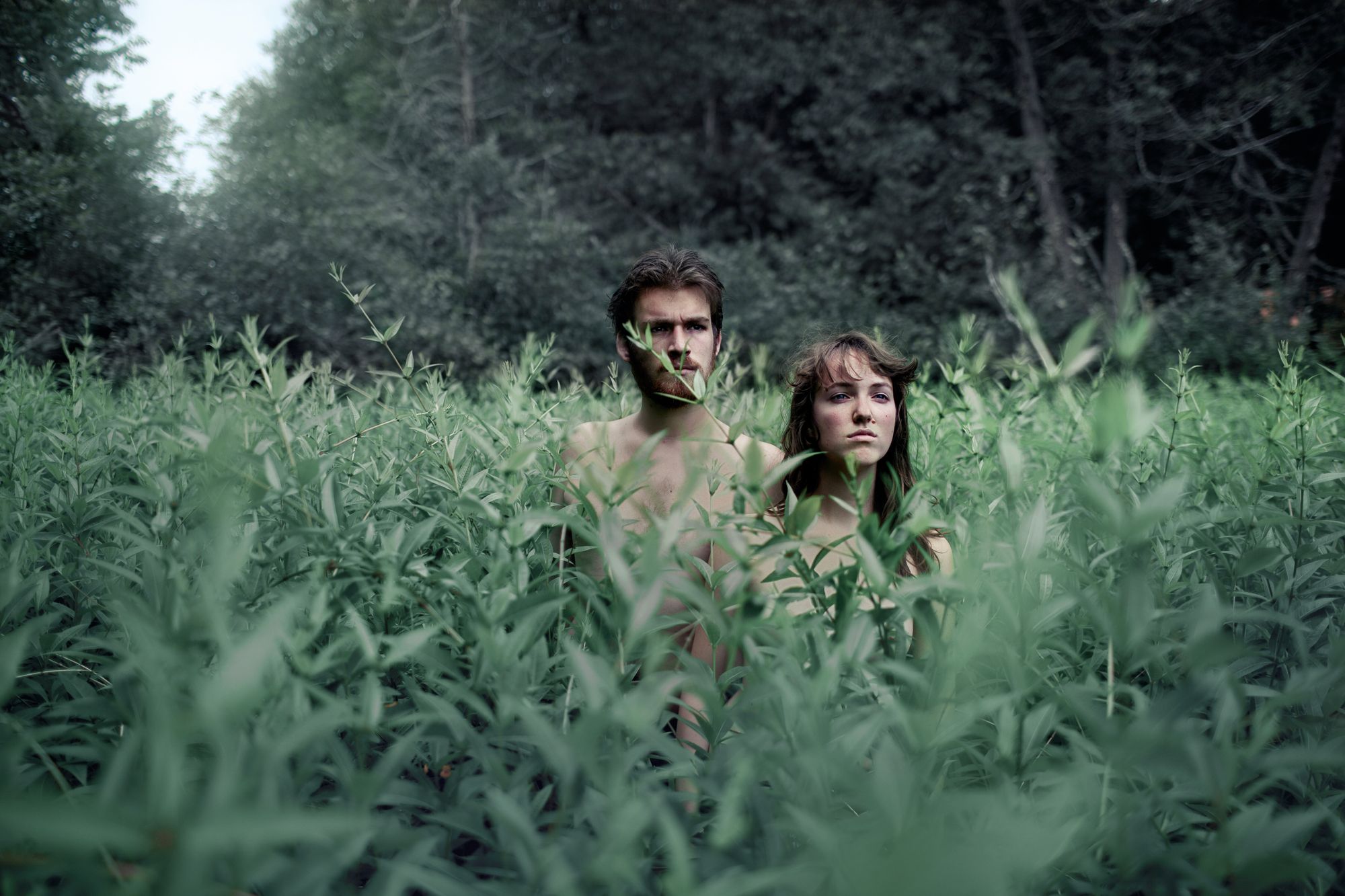 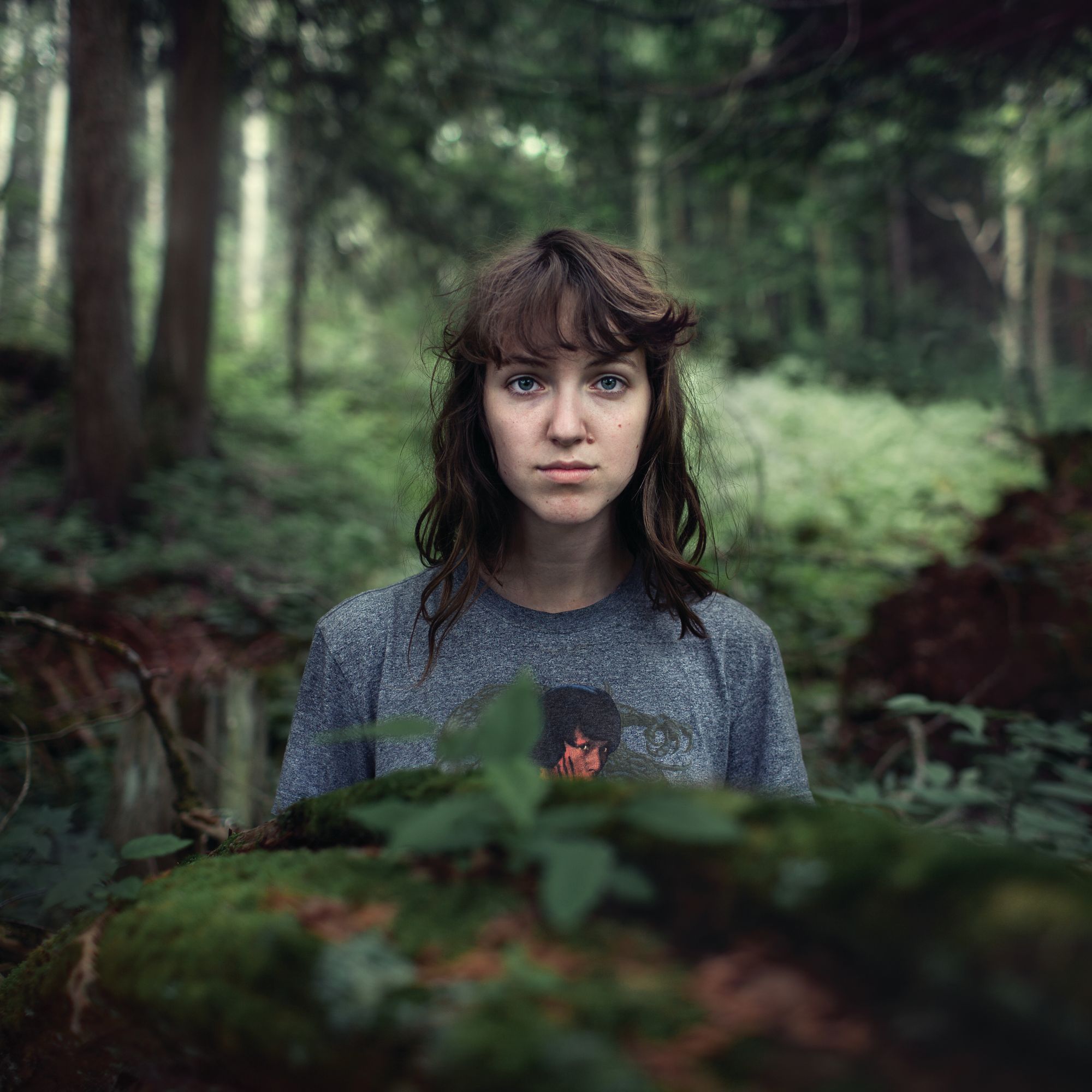 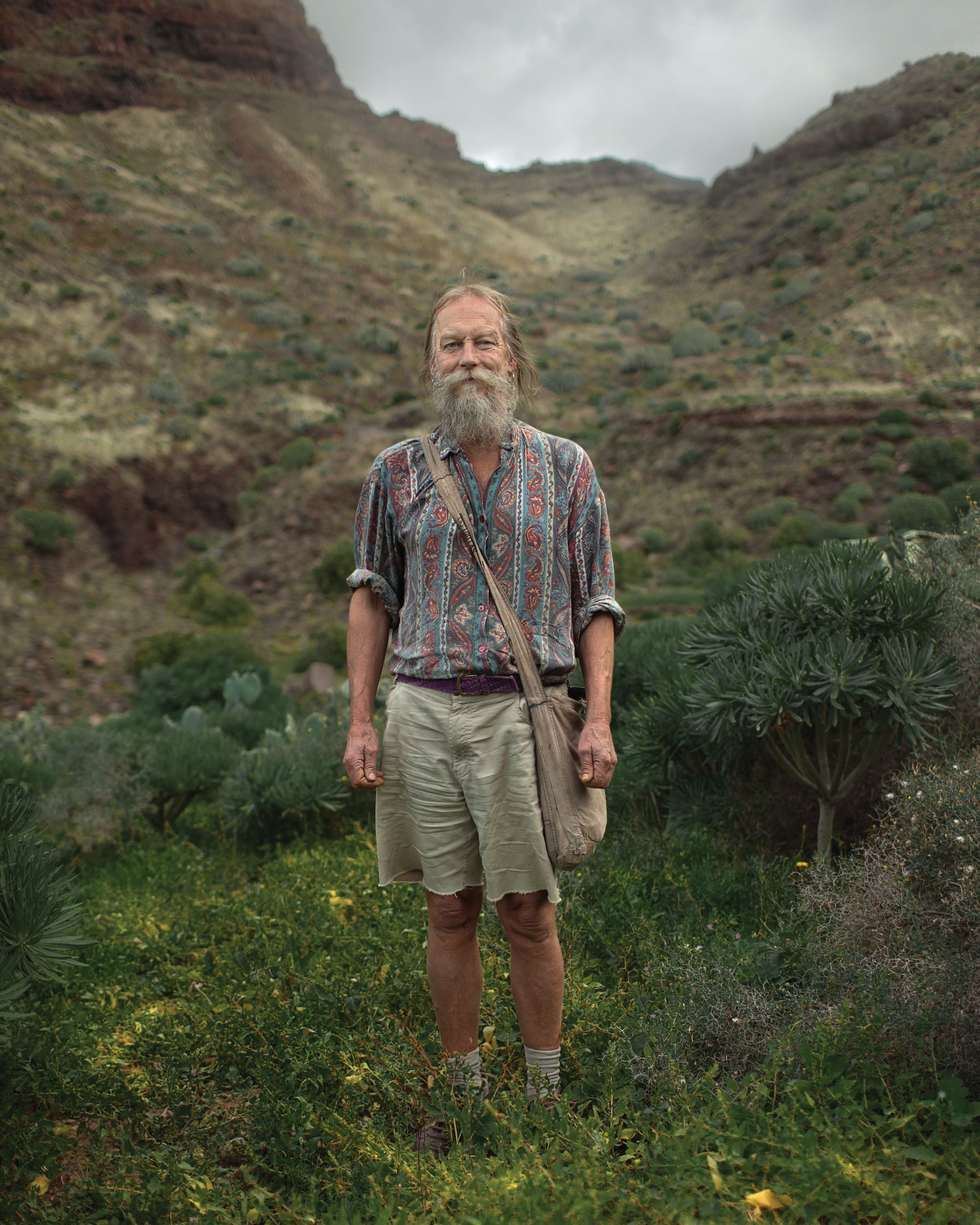 Making and Selling the Creative Space