words by
interview by
Patrick Pittman
visuals by

The Gold Spinners: Advertising in the Empire of Lies

You’d be forgiven if your mental image of a Saturday afternoon in early-1980s Estonia looked like a stock photo of the Brezhnev-era Soviet Union—depressed people rendered in tones of brown and grey, standing in long lines for scarce produce. But for Kiur Aarma, another memory of his childhood stands out clearly: in an empire where the market was the greatest enemy, this was the time of the week when everybody gathered around the television to watch the adverts.

The Gold Spinners, a documentary produced and co-created by Aarma, cracks open the dusty Tallinn archives of Eesti Reklaamfilm (ERF), the Soviet Union’s only official advertising agency, and unleashes psychedelic madness. Out of the canisters come dancing girls. Speedboats. Nightmares of glamorous women eating chicken straight from the mincer. Double-layered toilet lids in a desert. These adverts, which Aarma tells me now seem like a strange dream, were in their simplest sense a propaganda tool to spread a narrative of false abundance. It was a parallel universe where the rules of socialism seemed not to apply.

The agency was built with the singular vision and cunning of its founder, Peedu Ojamaa, a man with a speech defect who, says Aarma, “built an empire with his jaws.” Having made his name with newsreel footage and propaganda films faking abundant corn output in the Khrushchev era, Ojamaa was one of the first to seize on Brezhnev’s mandate that to fight the idea that the west was desirable, possession of “things” was no longer a sin.

ERF and Ojamaa’s work left more than just a surreal archive of work that makes little sense decades out of context. The story of the ERF should not be read as one of subversion or even subtle resistance. It is, instead, the bizarre result of one man’s mission to succeed alongside, and despite, the state.

“It was like children play-acting the economy,” Aarma laughs as I ask him how the industry came to exist. “We are producing here and then we are advertising and then people are ‘choosing.’ But then in the best case the choice was whether you could buy it or not.”

Some of the advertisements were as banal as you might expect for the Soviet Union. Early highlights include a romantically lit, seductive appreciation of milk, and a spot for butter with the slogan, “It’s easy to use, just spread it on a slice of bread!” The ERF advertisements were, however, far ahead of anything produced elsewhere in the Union, where advertising still took the form of lengthy propaganda documentaries. In Estonia, where Finnish TV could be watched and the locals liked to think of themselves as basically Scandinavian, a more creative approach was called for.

Olav Osolin was at the center of the ERF adventure. After joining the company as a producer and copywriter in 1982, he remained until the fall of the Soviet Union. He tells me from Tallinn that this seemingly absurd collection of advertisements was the result of a system that had, itself, lapsed into parody.

“The whole advertising process was some kind of game,” he says. “It was a rehearsal for a future period where we might need advertising. At those times, I didn't believe that this time would come.”

Aarma sees the advertisements, as fun as they are, as a very specific form of propaganda. It was a desire to communicate a system that was planned, functional and knowable that produced this machinery to communicate a false abundance.

“One hand doesn't know what the other hand does in the command economy,” he explains. “If I were to ask you how many vacuum cleaners all the people in Canada will need next year, it's really hard to predict that. The Soviet system pretended to know what its people needed in the next ten years. How many vacuum cleaners, basketball shoes, whatever. That’s the economic reason behind this absurdity. The advertising is mimicry of the system, letting all the others see that we have the economy, we have the goods, and we have the buyers. That was lacquer on the surface of the rotten system.”

Aarma describes Ojamaa as the equivalent of Hermes in Greek mythology, somebody who knew how to bridge the gap between the gods and those on the ground. To convince the politburo of his plan, he gathered ministerial signatures and obtained a mandate that required every factory to spend one per cent of its budget on advertising.

“He was a trickster, as in fairy tales,” he says. “He wasn't that Schindler type of guy who was good because he was good. He appreciated everything that the material world is able to give us; he liked nice cars, nice girls, good food, and nice ties; he liked this world that the Soviet system had taken from him. He took it back from the same system, by being cunning and being clever, and knowing how to find the needed people and to connect them.”

Ojamaa was the most dangerous kind of man in a totalitarian system—the one who knows how to read the rulebook and, by conforming to it exactly, to be as free as he liked. His greatest trick was to convince the planners who mandated pay levels that each advertisement was the equivalent of a documentary production. As Osolin explains it, this made working at ERF one of the coziest jobs in the Soviet Union.

“There was a state system that defined how much these filmmakers would be paid,” he says. “Peedu was a clever guy. The difference with the advertising films was that they were for one minute, and he made it with the budget of the ten-minute documentary films. All the talented people wanted to work with him.”

With production as a state mandate, and sales hardly impacted by the end result, the team at ERF were rarely bothered by the kinds of demands a modern advertising agency might face from its clients. Effectiveness, say, or adherence to a brief. It wasn’t that kind of game.

“The client was not really interested in the final result,” Osolin explains. “For example, the head of marketing of the Tallinn Department Store wrote the scripts by herself because she wanted to get money. The director just threw the scripts in the bin and made something absolutely different, but when she came to overview the final result, she was very discreet, took her money and everybody was happy.

“It was an amazing period where you were able to do whatever you wanted as long as you didn't involve politics.”

The final ascension of ERF’s work into the realm of the absurd came as the Soviet military machine began to crumble. Factories no longer producing weapons of war were still mandated to produce something, and more urgently, were mandated to advertise products they hadn’t yet gotten around to producing. The most delightful example of this unearthed by Aarma was for a portable catamaran, made of pipes, supposedly easy to assemble (although the advertisement gives no idea as to how). In reality, possession of such a boat was less likely to get you girls than it was to get you shot.

“That sort of boat was basically prohibited in Estonia,” he says. “The sea border was monitored by the Soviet guards twenty-four seven. I remember from my own childhood driving to the islands with the family, the car would be searched to find if my father hadn't hidden a boat engine that we would use to escape from the worker's paradise.”

As 1985 brought a collapse in oil prices and the new reality of perestroika, Ojamaa and ERF found themselves in a world they weren’t entirely prepared for. Suddenly, the free market was hopping the ferry from Finland, and if you were looking for a harbinger of a brave new world, you could find it in Pinguin—a joint venture with Finland, producing ice cream in a cone. Though Tallinn had always been the bridge between the Soviet Union and the West, ERF was about to learn the reality of the new world past its borders, just like Tarzan in the films that had so long ago inspired Ojamaa to pick up a camera.

The first advertising joint venture between ERF and Finnish backers took Osolin and Ojamaa well beyond the iron curtain to the Cannes advertising festival, where they made waves by winning a Bronze Lion for an animated advertisement about responsible home energy use.

Osolin enjoyed the high life in France, sipping champagne with Advertising Age reporters and meeting with Pierre Cardin representatives in Paris who wanted to advertise their new business behind the curtain. The momentum, however, was soon slowed by the reality of the profound upheaval at home.

“When we went back, the politics started to change very rapidly,” he says. “We were not thinking very much about how to make business with Pierre Cardin in Moscow, but rather that we wanted to get rid of Moscow.”

As the curtains pulled back and the walls fell, ERF was not long for this world. Osolin and others moved on to create their own firms, working more directly with their Scandinavian peers and bringing new technology and attitude into Tallinn. Ojamaa, caught up in dreams of bringing Formula One to Estonia, struggled to adapt to a free market, eventually declaring bankruptcy in 1992. “After the fall of any totalitarian system, a lot of people start asking questions about what you were doing during those days,” Aarma says. “Everyone tends to present himself or herself as a great freedom fighter, but I don't believe there was any political thing here. Was it a capitalist model inside the communist system? The answer is no, it was the Soviet model within the Soviet system. He learned the rules, and played back with the same rules.”

If you need more chicken mince in your life, the work of Harry Egipt, one of ERF’s most maverick talents, is anthologized on DVD. Sadly, very little of this astounding archive has made it online. But there’s definitely chicken mince.

Thanks to Smith Journal for arranging these interviews. A version of this story appeared there in a different form. 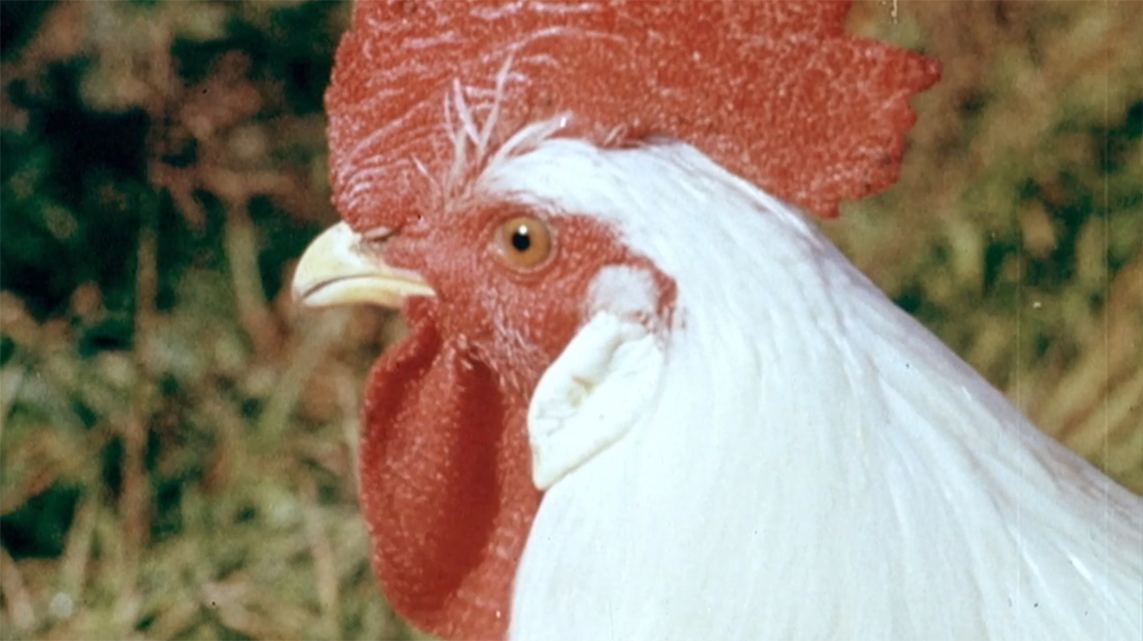 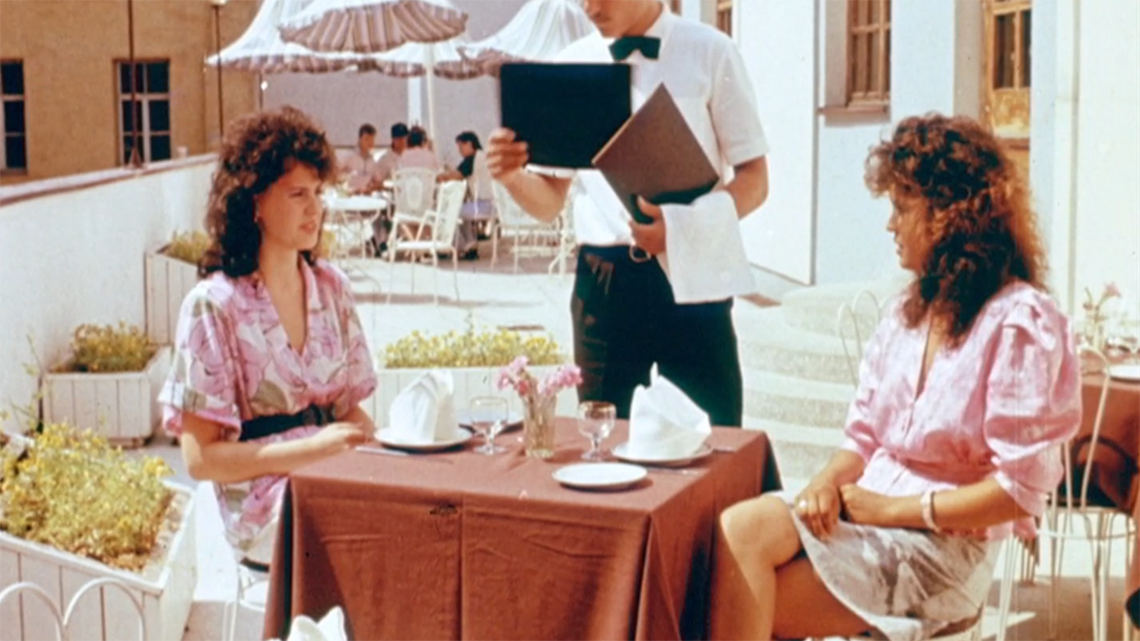 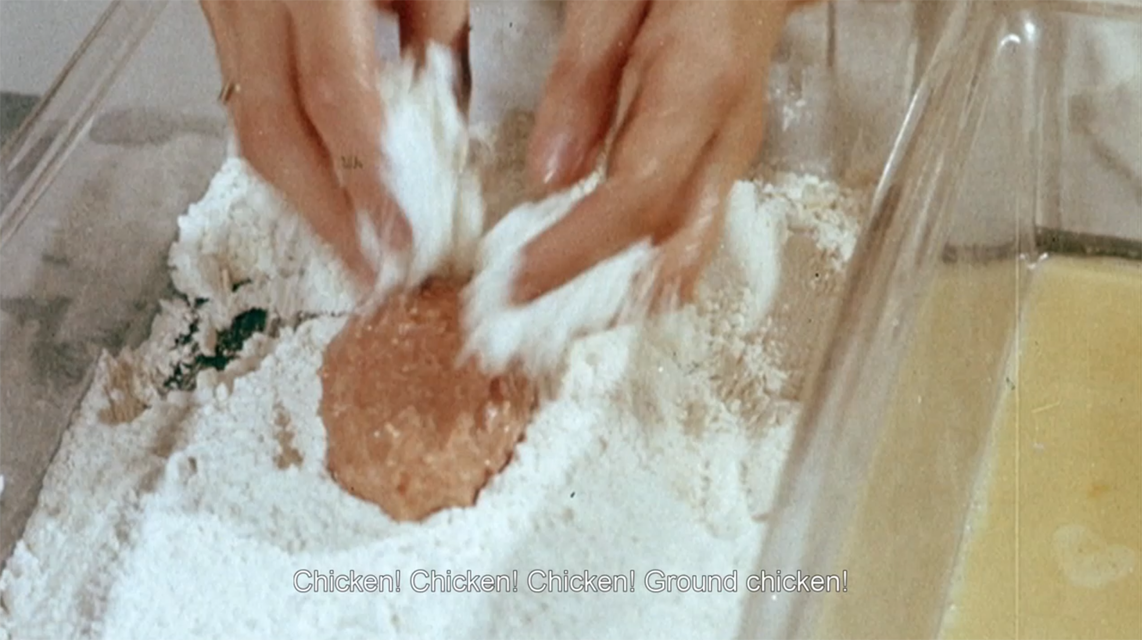 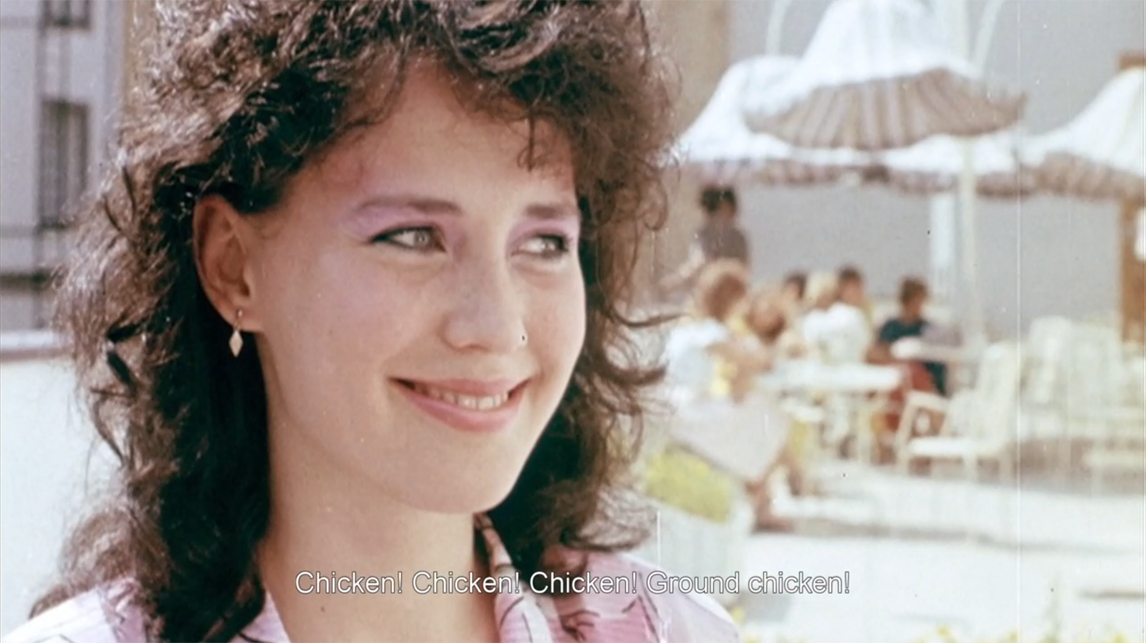 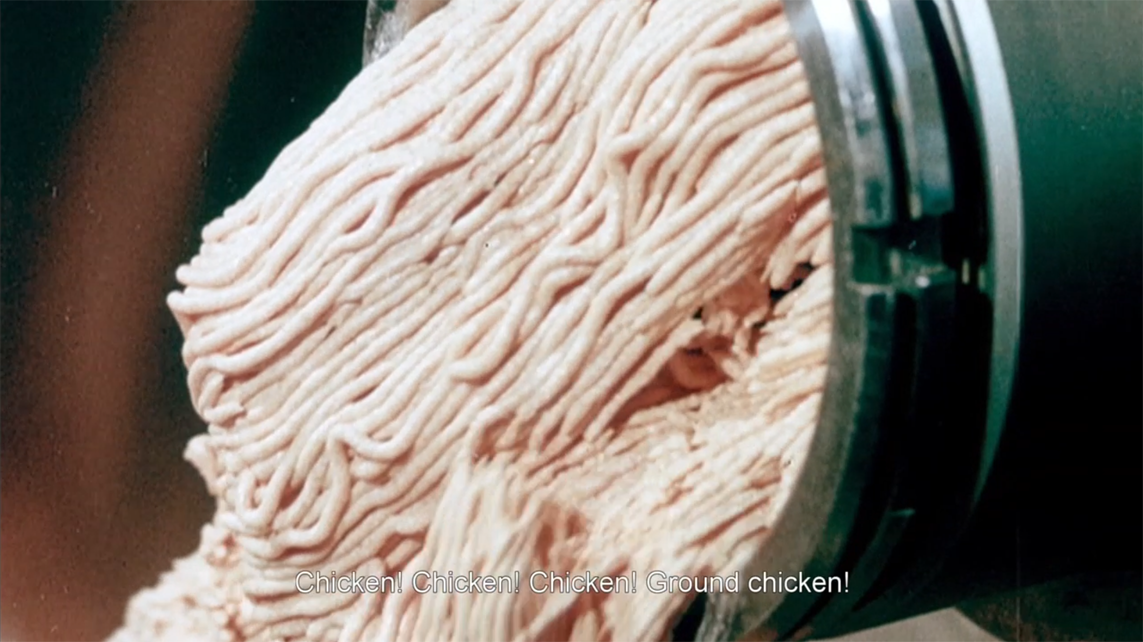 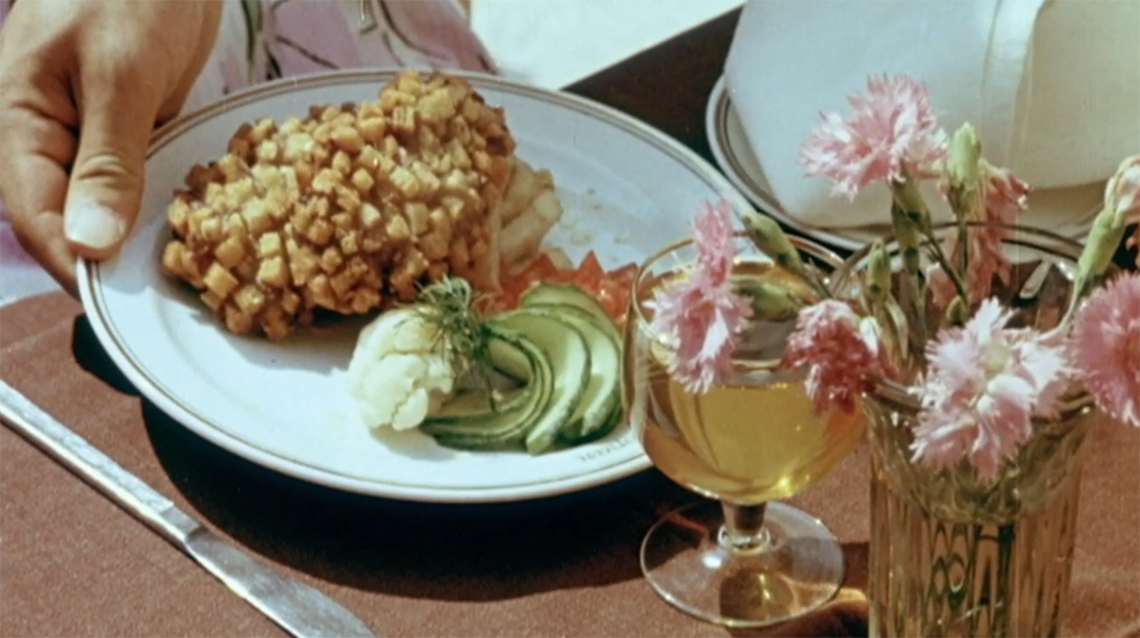 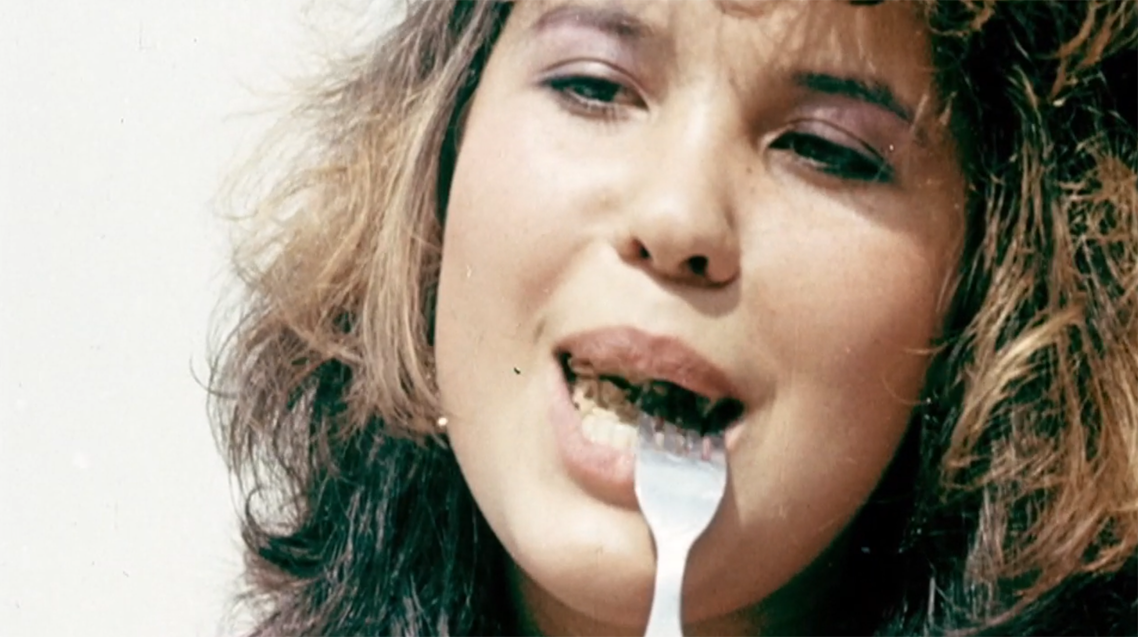 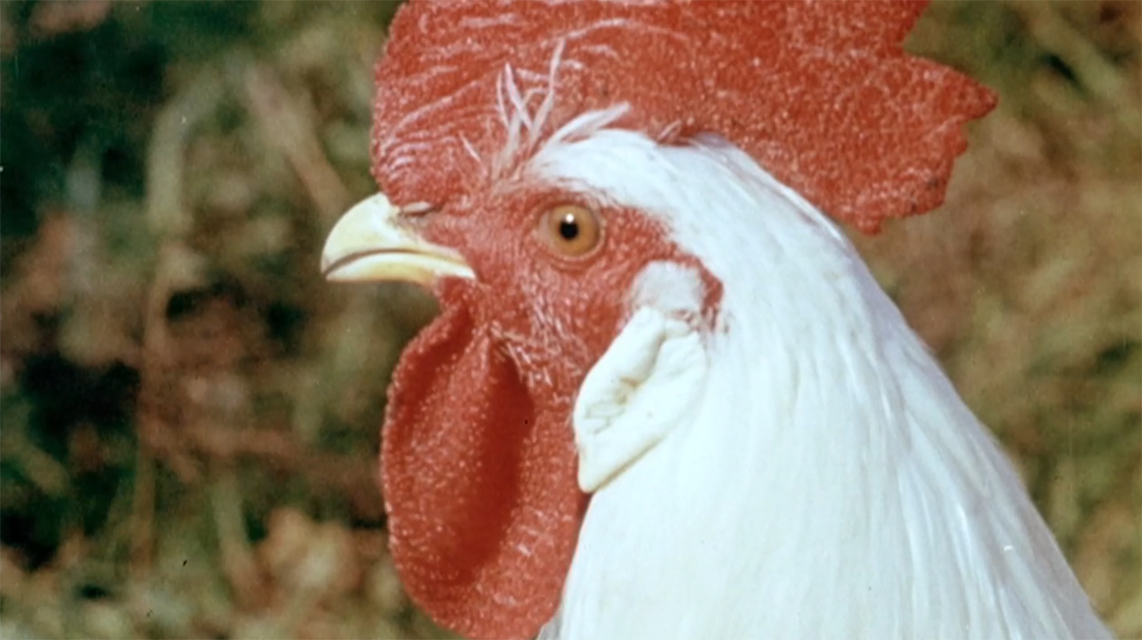 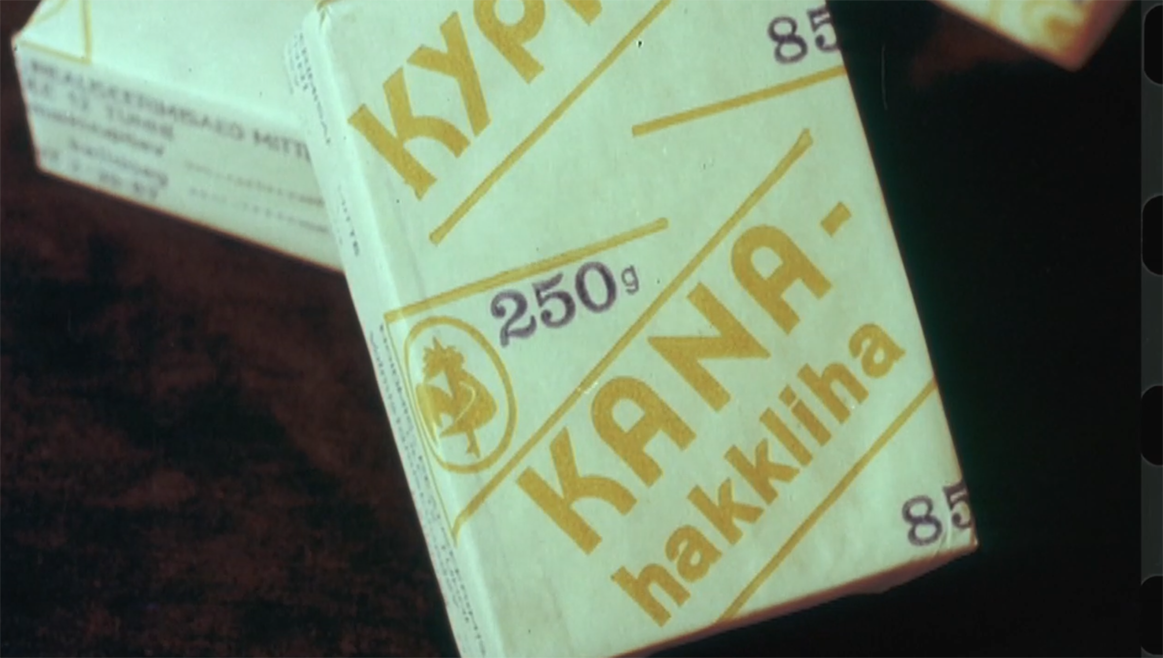 Level Up: Notes from Gaming’s Edge